Ranbir Kapoor for Sanjay Dutt biopic: The Sanjay Dutt-biopic will feature Ranbir in three different looks - a beefy persona, a lean body from 90's and a third look portraying the PK actor's stay in the drug rehab 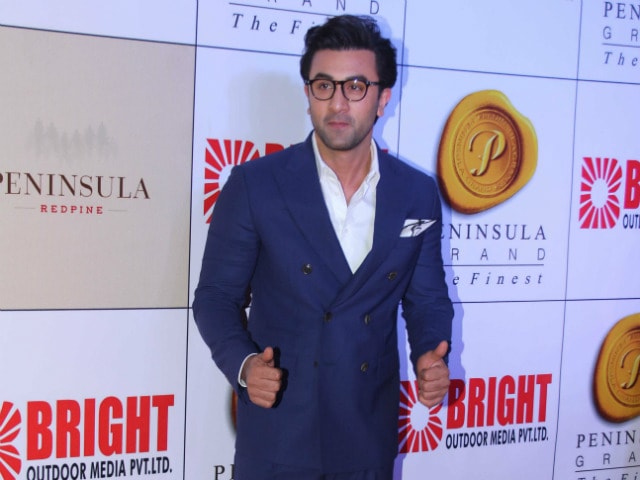 Actor Ranbir Kapoor is currently prepping for his role in the Rajkumar Hirani-directed biopic on Sanjay Dutt, and has gained 13 kilos for the part. Now, the Internet thinks that the Barfi! actor has already started resembling Sanjay Dutt. Reports stating that Ranbir has gained weight and started looking like the Khalnayaak actor are doing the rounds of the Internet after Ranbir made an appearance at the Bright Awards in Mumbai recently. Many are of the opinion that Ranbir has beginning to resemble Sanjay Dutt as he posed for the paparazzi at the awards gala. Ranbir was suited in blue and accessorised with his signature Jagga Jasoos spectacles at the awards ceremony. The 34-year-old actor plays the titular role in the Sanjay Dutt biopic. 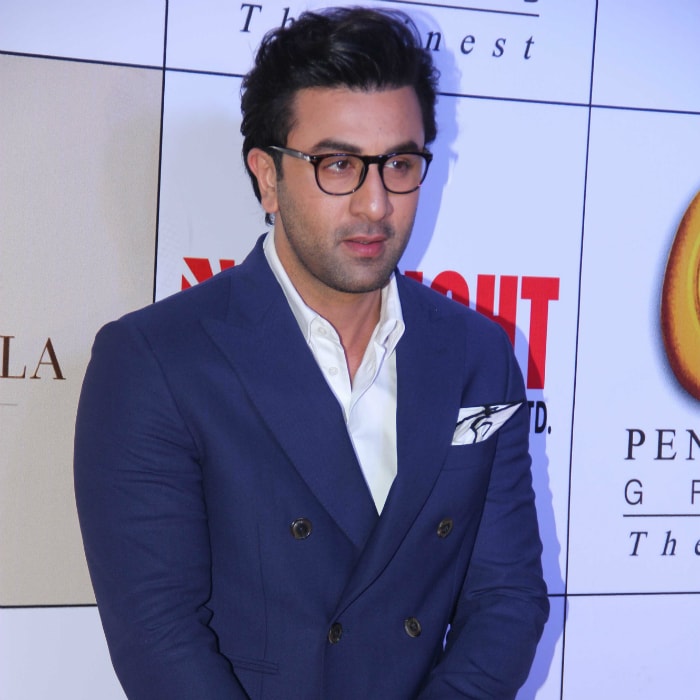 The Sanjay Dutt-biopic will feature Ranbir in three different looks - a beefy persona, a lean body from 90's and a third look portraying the PK actor's stay in the drug rehab. To match the muscular body of Sanjay Dutt, Ranbir's weight gain is all muscles and no fat. Baahubali star Rana Daggubati was particularly instrumental in helping Ranbir train for his role. Rana, who underwent massive physical transformation to play the younger version of Baahubali antagonist Bhallala Deva, introduced Ranbir to Hyderabad-based trainer Kunal Gir.
Kunal revealed Ranbir's diet plan in detail and said, "There has been a change in Ranbir's diet. He has started eating a lot of vegetables now days earlier he used to eat very less and his meals comprised mainly of meat earlier. Now Ranbir eats his food on time and has a proper balanced diet."
Kunal also added that Ranbir is dedicatedly following a strict regime to beef up like Sanjay, and added: "He has gained more than 13 kgs now which is all muscle and no fat. His waist line has gone down by an inch and he has been losing fat while building up. Ranbir has an hour-and-a-half of intense work out sessions. It's a big challenge bulking up like Sanjay, but the former is committed to-do whatever needs to be done. He wakes up at 3 am, has a protein shake and goes back to sleep."
The Sanjay Dutt biopic went on floors mid-January, when director Rajkumar Hirani tweeted: "First shot taken now for Sanjay Dutt's biopic. Canning a very funny scene. Excitement in cast and crew." In an interview to news agency PTI, Ranbir described the biopic as "very difficult." This is what he had to say: "It is a very difficult film. To represent Sanjay Dutt and work with (director) Rajkumar Hirani, I don't even think I deserve this film."
The cast of the Rajkumar Hirani-directed film also includes actors Vicky Kaushal, Dia Mirza and Paresh Rawal, who will play Sanjay's father, actor Sunil Dutt. Sanjay Dutt, 57, completed his jail term on February 25, 2016 and Omung Kumar's Bhoomi will mark his comeback.
Ranbir Kapoor also has detective-comedy Jagga Jasoos scheduled for this year. He is cast opposite actress Katrina Kaif in the Anurag Basu-directed film.