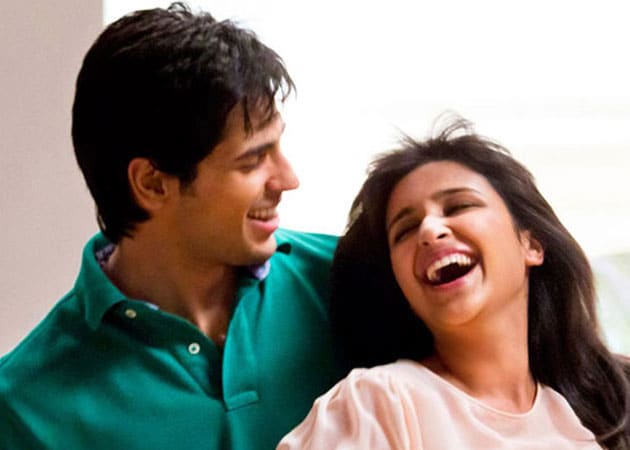 A still from the movie Hasee Toh Phasee

Filmmaker Karan Johar thanks his fans for embracing Hasee Toh Phasee, which has collected about Rs 10 crore in two days.

Filmmaker Karan Johar thanks his fans for embracing Hasee Toh Phasee, which has collected about Rs 10 crore in two days.
"Thank you for the immense love and appreciation for Hasee Toh Phasee, a film I am extremely proud of," Karan tweeted on Sunday.
Directed by Vinil Mathew, the romantic comedy has been co-produced by Karan's Dharma Productions and Anurag Kashyap's Phantom Productions on an approximate budget of Rs 25 crore.
The movie, starring Siddharth Malhotra and Parineeti Chopra, released on Friday.
"In two days, Hasee Toh Phasee collected between Rs 9 and Rs 10 crore. The Sunday collections will help decide whether the film is a hit or not," Rajesh Thadani of Multimedia Combines told IANS.
Gautam Dutta, COO, PVR Cinemas, believes that the genre and the young star cast worked in favour of the film that hit 1,500 to 2,000 screens across the country.
"It's a nice comedy genre and young actors are there in the film. It picked up well. The opening day saw around 70 percent occupancy, but the figure went up to 80 percent on weekend. The occupancy is good, the film has been appreciated," said Dutta.
Parineeti also expressed her happiness on Twitter and wrote: "Thank you for the amazing response guys! We sure are happy."