Haseena: Twitter woke up to a new poster of Siddhanth, starring as both the younger and older versions of Dawood, as will be seen in Haseena: The Queen Of Mumbai 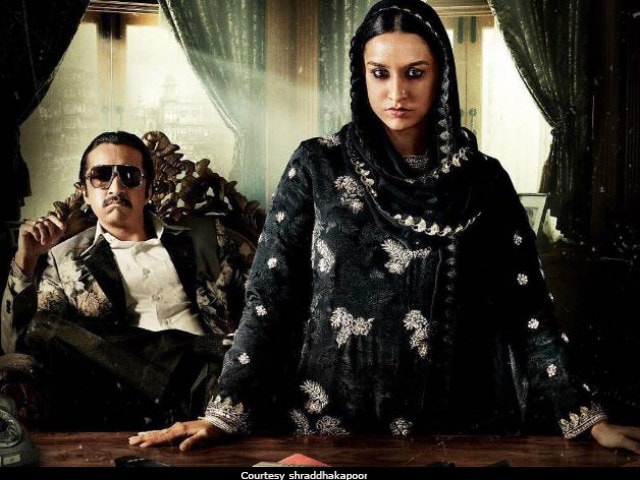 Shraddha Kapoor said she was both nervous and excited about playing on screen sister to her real-life brother Siddhanth Kapoor, in the biopic of Haseena, underworld don Dawood Ibrahim's sister. However, on Tuesday, Twitter woke up to a new poster of Siddhanth, starring as both the younger and older versions of Dawood, as will be seen in Haseena: The Queen Of Mumbai. Siddhanth looked frighteningly deadly as he features with grim expressions on his face - the middle-aged Dawood looks a lot more lethal, BTW. "So proud to introduce my real and reel life brother. Introducing bhai, younger and older," wrote the 30-year-old actress, who had also introduced the first look of her brother earlier. This is the first time Shraddha and Siddhanth will co-star in a film.

Siddhanth's poster has the exact setting and is reminiscent of Shraddha's, which featured the dual looks of the actress as Haseena. While sharing, Shraddha thanked director Apoorva Lakhia for making her a significant part of the film. "Thank you, Apoorva Lakhia for giving me the opportunity to play this character and for holding my hand through out," read Shraddha's tweet.


Younger & older.Thank you @ApoorvaLakhia for giving me the opportunity to play this character & for holding my hand through out. #HASEENApic.twitter.com/uKu6tEbcAX

Meanwhile, Shraddha hopes that her real-life rapport with Siddhanth also reflects on the big screen. "I am very excited and nervous because I've been thinking if I have to do a scene with him, I've to forget that he is my bhaiya. He is the character in the film who is also my brother. But ultimately I think it'll help that we are brothers and sisters. I hope that bond translates on screen," she told news agency PTI.
Shraddha and her bother Siddhanth will share screen space with 3 Idiots star Sharman Joshi and also New York-based Indian actor Ankur Bhatia in the biopic. Ankur has been cast to play the role of Haseena's husband.
Haseena: The Queen Of Mumbai will arrive at theatres on July 14.