Shah Rukh Khan, who reportedly plays the role of Alia's mentor in Gauri Shinde-directed film, was also tagged expectedly for a response. It appears Shah Rukh is not yet at the top of his game when it comes to battling Monday blues - very politely, he bought time to come up with an answer 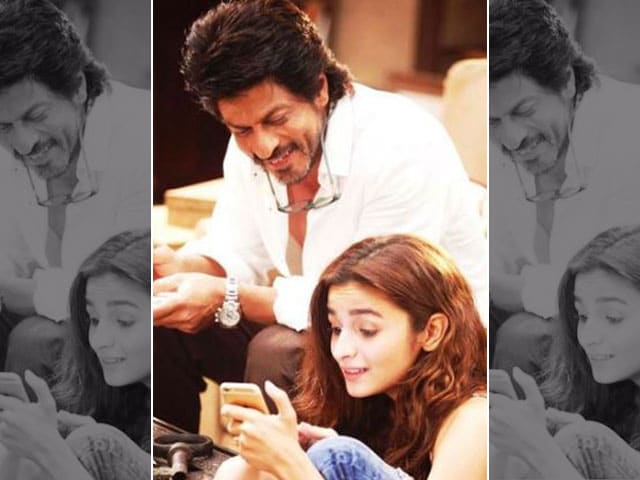 It is as if Alia Bhatt read our minds.
"Dear Zindagi, why can't Monday blues ever be happy?" asks Alia in a new video she tweeted on Monday evening. Shah Rukh Khan, who reportedly plays the role of Alia's mentor in the Gauri Shinde-directed film, was also tagged, expectedly for a response. It appears Shah Rukh is not yet at the top of his game when it comes to battling Monday blues, and very politely, he bought time to come up with an answer.
Here's the Alia-Shah Rukh exchange:

Hmmm need to figure this out? Ok gimme a little time to brush my teeth, just woke up. Getting back to u. https://t.co/i4T2PD9rbb

.@aliaa08 maybe the promise of another better day, will quell the Monday blues. Anything else???#DearZindagipic.twitter.com/f0yPdY2dNS

Dear Zindagi is a slice-of-life film with Alia playing the protagonist - an aspiring filmmaker, who is on the lookout for a lot of unanswered questions. Meanwhile, she also struggles with her personal relationships, which explains the fact that Alia has been cast opposite four actors - Ali Zafar, Aditya Roy Kapur, Kunal Kapoor and Angad Bedi.
The first look of Alia and Shah Rukh from the film was introduced in July and was followed by an interesting conversation on Twitter.

Alia Bhatt, 23, will share screen space with Shah Rukh Khan, 50, for the first time in Dear Zindagi, which releases on November 25. News agency IANS reported Alia as saying: "Ending the year with a Shah Rukh Khan film is like a cherry on the cake. Honestly speaking I am very excited for this film for two reasons. One of the biggest reasons is that I am working with Shah Rukh Khan for the first time and just working with him, being in one frame of the film. I never thought that dream would even come true and the second reason is that I feel it's a very sweet, simple and unique story."
"If you remove Shah Rukh Khan from Dear Zindagi then there is no film. In that way you can say that he is a very integral part of the film," Alia added, reported IANS.
Dear Zindagi is the director's second movie after critically acclaimed English Vinglish, starring Sridevi. Shah Rukh is currently shooting Imtiaz Ali's film after which he will begin work on Aanand L Rai's next. He also has Rahul Dholakia's Raees set for release in January. Last seen in Udta Punjab, Alia is busy with Badrinath Ki Dulhaniya, co-starring Varun Dhawan.