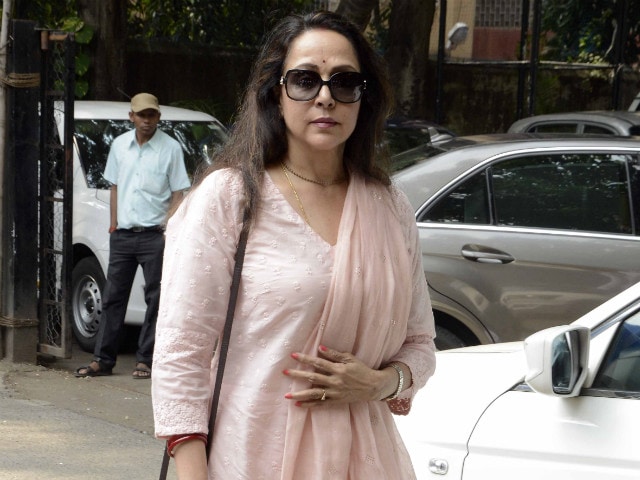 Hema Malini photographed at the funeral of Ravindra Jain in Mumbai on October 10.

Numerous Bollywood celebrities including Hema Malini and director-composer Vishal Bhardwaj attended the funeral of late music director Ravindra Jain in Mumbai on October 10. Born blind on February 28, 1944, Mr Jain, was one of the most renowned music composers of the 1970s and 1980s 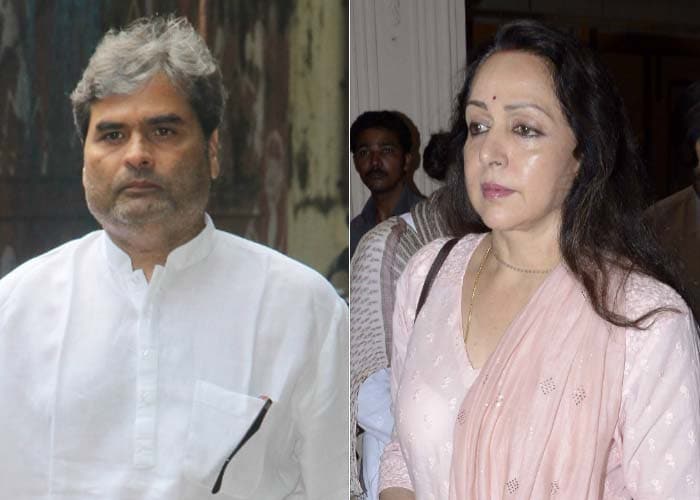 Mr Jain died at the age of 71 following prolonged illness at a private hospital in Mumbai on October 9.
Actors Ranjeet, his wife Aloka and Sachin Pilgaonkar too were there to bid a final farewell. 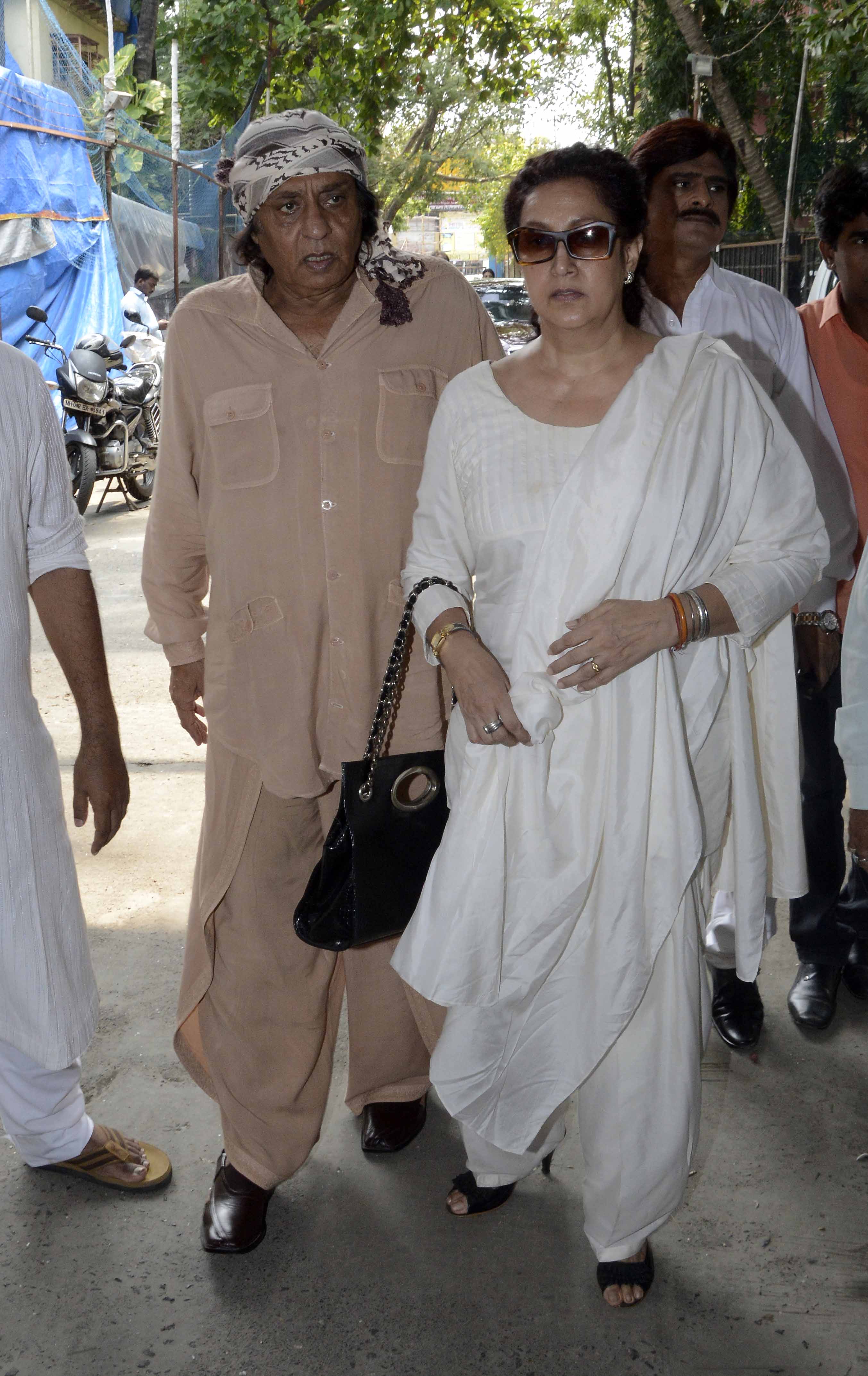 Among other notables who came to pay their last respects to the veteran musician and offer support to the bereaved family, were personalities from the music fraternity - veteran composer Mohammed Zahur Khayyam and singers Suresh Wadkar, Udit Narayan and Sadhana Sargam. 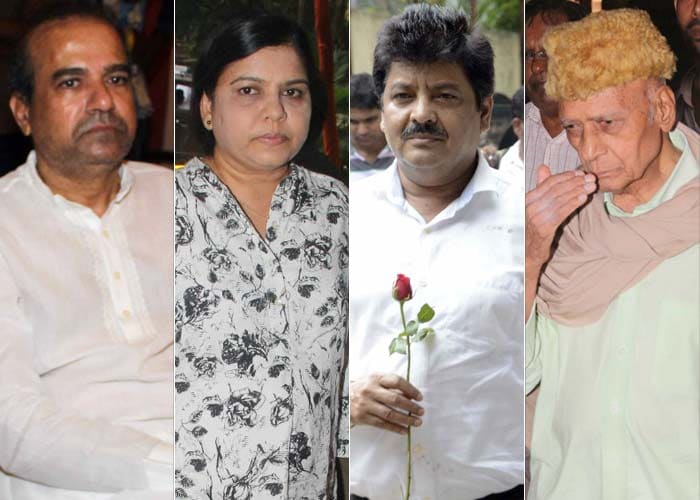 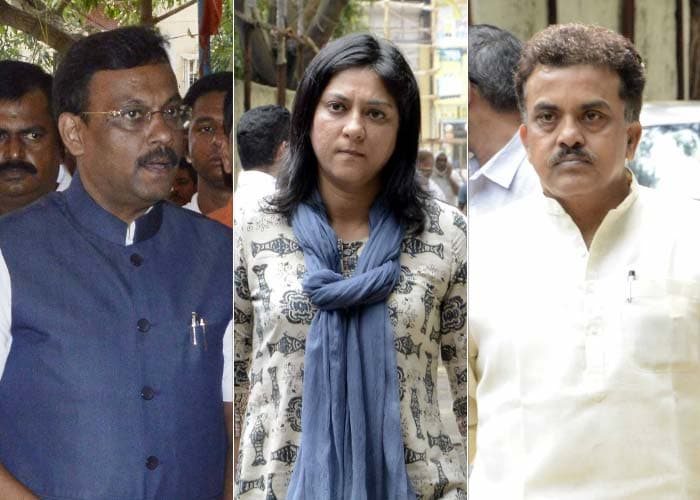 Born blind on February 28, 1944, Mr Jain, was one of the most renowned music composers of the 1970s and 1980s. He composed memorable music for films such as Chor Machaye Shor, Geet Gaata Chal, Ankhiyon Ke Jharokhon Se, Ram Teri Ganga Maili, Do Jasoos and Heena.