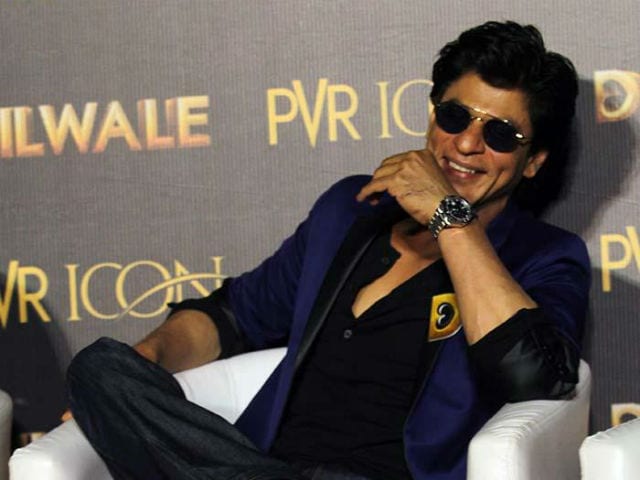 Shah Rukh Khan at an event in Mumbai.

"Happy Birthday to Anil Kapoor, my first friend in Mumbai. I know will always be there till the last. You will always be '42' for me. Love you," wrote Shah Rukh Khan on Twitter

Superstar Shah Rukh Khan, whose latest release is filmmaker Rohit Shetty's Dilwale, said that actor Anil Kapoor was his "first friend" in Mumbai and "will always be there" for him.
SRK also wished the Dil Dhadakne Do star, who turned 59 on Thursday and added that the actor will always be 42-years-old for him.

Shah Rukh and the Welcome Back actor have worked together in the 1995 film Trimurti, which was directed by Mukul Anand.
The film also starred Jackie Shroff, Priya Tendulkar, Mohan Agashe, Saeed Jaffrey and Tinnu Anand in key roles.
SRK will next be seen in Maneesh Sharma-directed movie Fan, which is slated to hit the screens on April 15, 2016. (Also Read: On Shah Rukh's Birthday, Meet His Sabse Bada Fan Gaurav)