Here's What Sonakshi Has to Say about Honesty in Politics 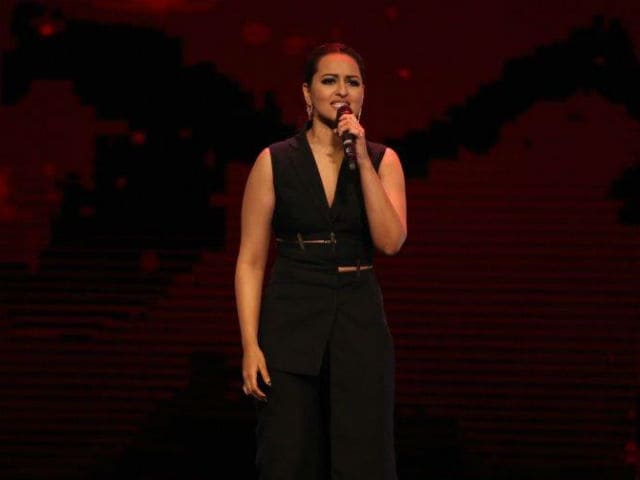 "He has always put his opinion across and I really appreciate him for being an honest man. There are a very few honest people left in politics. I think you should let him be honest," Sonakshi said about her father

Sonakshi Sinha feels her politician-father Shatrughan Sinha is an honest man who has never held back his opinion.
When asked if there is a sense of disillusionment within the family against the BJP with her father making controversial statements against his own party time and again, Sonakshi said, "He has always put his opinion across and I really appreciate him for being an honest man. There are a very few honest people left in politics. I think you should let him be honest," Sonakshi said in an interview.
The 29-year-old actress doesn't have any interest in politics as she is happy making a career in Bollywood.
"I am somebody who doesn't have the aptitude for it (politics). I think just because my father is a politician that is not a reason for me also to enter politics," she said.
Before entering politics, Shatrughan was an accomplished actor in Bollywood with many hit films to his credit. And now his daughter Sonakshi is an actress and he is proud of the work that she does.
"My father is happy with the work that I am doing in films. He looks at my work as a father and as my biggest fan," the Lootera actress said.
"As and when we get the opportunity to meet and talk, I do discuss work with him. I tell him this is what has been offered and this is what I would like to do. He doesn't interfere with my work at all," she added.
According to the Dabangg actress, her father is looking forward to see her upcoming action-drama Akira.
"He has loved the trailer and he is very proud. He said he felt I have really worked hard for Akira. He hasn't seen the film yet. But he will be watching it soon. He is very keen to see it. My mother has seen the film and she has loved it and so he is more excited to watch it," she added.
Scheduled to release on September 2, Akira is directed by AR Murugadoss and also co-stars filmmaker Anurag Kashyap, as well as Konkana Sen Sharma.
(Except for the headline, this story has not been edited by NDTV staff and is published from a syndicated feed.)