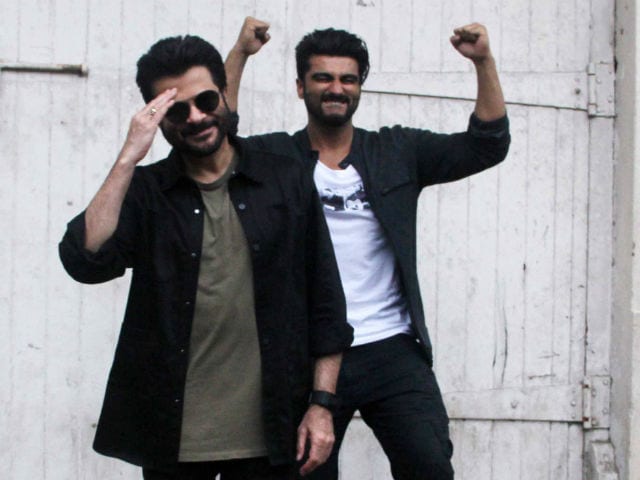 Mubarakan starring the real life uncle-nephew Anil Kapoor and Arjun Kapoor will release on July 28, 2017.
Arjun, 31, and Anil took to Twitter to share the release date of the Anees Bazmee-directed movie.
"You are all invited !!! #Mubarakan @arjunk26 @Ileana_Official @theathiyashetty @Mubarakanfilm on 28th July, 2017 !," wrote the Ishaqzaadeactor, along with a wedding invite revealing the cast and release date.
24 actor Anil tweeted, "Wedding of the year! Save the date #Mubarakan @BazmeeAnees @ashwinvarde @MuradKhetani @SnehaRajani #July28."


Wedding of the year! Save the date #Mubarakan@BazmeeAnees@ashwinvarde@MuradKhetani@SnehaRajani#July28pic.twitter.com/IicyfNdwFA

The movie will bring together 59-year-old Anil, and Arjun, for the first time on screen. They would be reprising their real life roles as uncle and nephew in the film too.
The film also stars Athiya Shetty and Ileana D'Cruz.
"A world full of madness, chaos, confusion, & of course love is about to begin!!!! #Mubarakan," Ileana posted on Instagram, while one-film-old Athiya wrote, "To new beginnings. This one is gonna be filled with fun, laughter and a whole lotta madness!!! @anilskapoor @arjunkapoor @ileana_official #AneesBazmee #Mubarakan Cannot wait!!!!!!"
The movie is produced by The Shaukeens producers Murad Khetani and Ashwin Varde.
Mubarakan was earlier supposed to be directed by Milap Zaveri. However, things didn't work out and Anees was roped in.
The team will start filming for the project in November.