Here's Why Akshay Kumar Was Not Cast as MS Dhoni

"It was not possible for Akshay to play a 16-17 year old teenager in the movie as Dhoni's younger version. So I didn't cast him as MS Dhoni," Neeraj Pandey 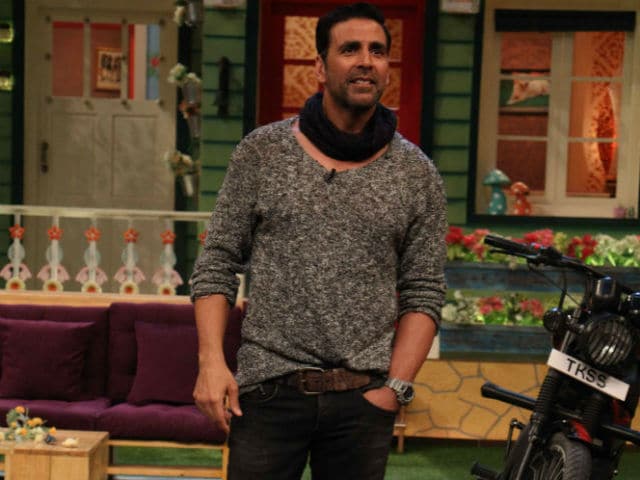 Rustom producer Neeraj Pandey, who has earlier worked with Akshay Kumar, said it was impossible to cast his favourite actor as MS Dhoni.
"It was not possible for Akshay to play a 16-17 year old teenager in the movie as Dhoni's younger version. So I didn't cast him as MS Dhoni," director Neeraj Pandey said in an interview on Friday.
He highly praised actor Sushant Singh Rajput saying that "he is a very good actor". "Sushant reads the script very sincerely. He also picked the body language right".
The director also said that he enjoys making patriotic movies and specially because of good box office response he would continue doing so.
"MS Dhoni is also a patriotic film in its own way. It also speaks against corruption," said the maker of films like Baby and A Wednesday.
His research team had worked extensively meeting MS Dhoni's friends, family, coaches and also officials who have worked with Dhoni in Kharaghpur.
On being asked how cricketer Yuvraj Singh has been shown in the film he said he will definitely like it.
"We don't want to hurt someone. It's a clean movie and Yuvraj Singh will definitely love it. You don't become big by hurting someone," the maker expressed.
The director also cleared that his film is beyond just cricket. "The story of MS Dhoni is not just about cricket .It is his journey. If you are having a dream you can chase it and achieve it".
After several patriotic movies it will be Neeraj Pandey's first venture into a biopic. M S Doni: The Untold Story which also stars Kiara Advani, Disha Patani and Anupam Kher, is set to hit the screens on September 30.
(This story has not been edited by NDTV staff and is auto-generated from a syndicated feed.)