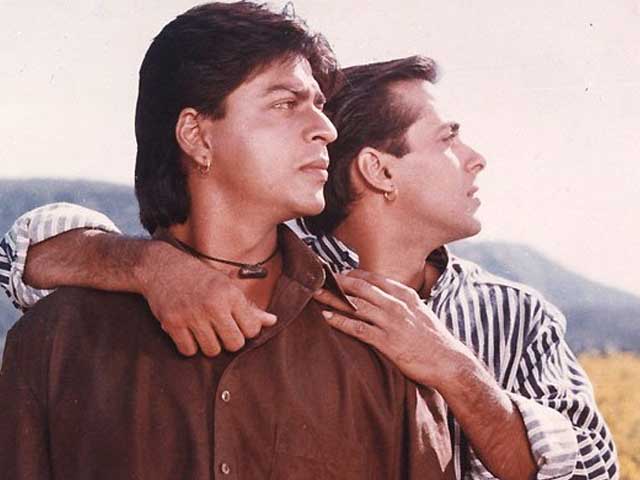 A still from Karan Arjun.

Superstar Salman Khan said that he gets emotional whenever he watches his 1995 film Karan Arjun.
"I was watching the film three months ago. Whenever I see Karan Arjun, especially the scene where both the brothers were dying, it always brings tears to my eyes," said Salman.
Directed by Rakesh Roshan, Karan Arjun also featured Shah Rukh Khan who played Salman's brother in the film. Veteran actress Raakhee played the role of their mother. The film also featured Mamta Kulkarni and Kajol. (Also Read: Shah Rukh and Salman 'Never Separated.' A Bigg Confession)
"The whole connection of the mother and son has been brought to a different level altogether with the film," added Salman.
Shah Rukh and Salman recently appeared together on Bigg Boss Nau to promote the former's new film Dilwale, which also stars Kajol, Varun Dhawan and Kriti Sanon.