"Karan had approached Saif for the role in Ae Dil Hai Mushkil. However, Saif met with an injury during that time and was advised two months rest by his doctors," sources said. 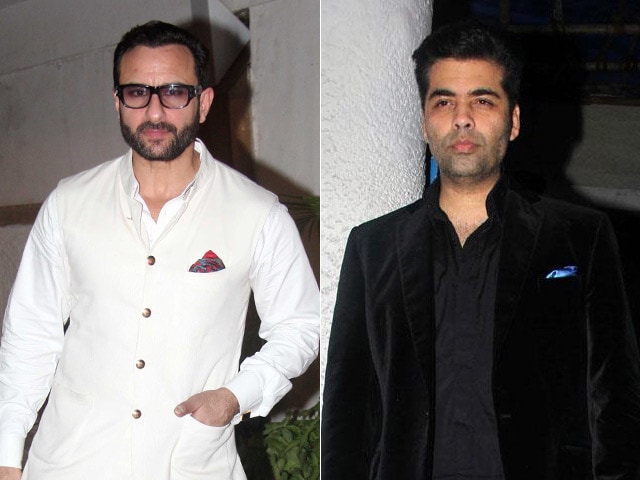 Bollywood actor Saif Ali Khan, who was approached for a special appearance in Karan Johar's directorial venture Ae Dil Hai Mushkilcouldn't do the film following an injury.
"Karan had approached Saif for the role in Ae Dil Hai Mushkil. However, Saif met with an injury during that time and was advised two months rest by his doctors," sources said.
"Karan is like family to Saif and Kareena. Infact it was Saif who told Karan to cast another star for the role, as he wouldn't be able to shoot for the film," sources added.
It was rumoured that Kareena Kapoor Khan and Saif are upset with Karan as the actor was going to do a cameo in Ae Dil Hai Mushkilbut Karan choose to cast Shah Rukh Khan for the part instead.
According to sources, Kareena has always stated that Karan is like a brother to Saif and her. "These rumours are insensitive and extremely upsetting to Kareena. There is no truth to what is being reported," a statement issued by Kareena's spokesperson said.
Saif's next release will be Vishal Bhardwaj's Rangoon which also stars Kangana Ranaut and Shahid Kapoor.
Presently, the actor is busy prepping for the Hindi version of Hollywood film Chef.
Kareena who is expecting her first child this December, will soon begin work on Veere Di Wedding with Sonam Kapoor, Swara Bhaskar and Shikha Talsania.
Ae Dil Hai Mushkil starring Aishwarya Rai Bachchan, Ranbir Kapoor, Anushka Sharma and Fawad Khan will hit the screens on October 28.
(Except for the headline, this story has not been edited by NDTV staff and is published from a syndicated feed.)