Heroines in the Driver's Seat: Welcome to the New Bollywood 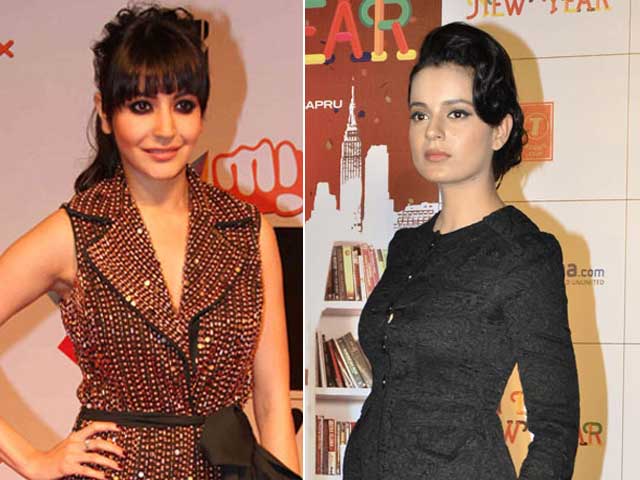 Women are enjoying exploring their adventurous, artistic appetites, while the superstars they started out with subsist on the same standard fare

Anushka Sharma may have hit the ground running with her debut production NH10, but it looks like she's not the only one taking the high road. It's no secret that there hasn't been much love lost between Anushka and Deepika Padukone in the past as filmmaker Karan Johar pointed out famously on Koffee with Karan.

But on Monday evening, as Bollywood met Rajyavardhan Singh Rathore, Minister of State for Information and Broadcasting, there were no pouts, just a pucker from Deepika right on Anushka's cheek! While in the good old days, or rather the bad old days, such a public display of affection would have surprised us, not anymore. Cattiness has given way to camaraderie and sarcasm to support. Bollywood's leading ladies now trip over themselves on Twitter and at each other's film screenings to show how secure they are.

But perhaps all this so called comfort in their skin isn't feigned. After all, the girls are having fun. The younger lot have had the fortune of realising very early on that their success lies solely on their delicate shoulders.

But it's not just the babies who are booming, the more established actors like Kangana Ranaut, Priyanka Chopra, Anushka Sharma and Deepika Padukone have also found their niche even if they piggybacked on the popularity of their leading men in the early days.

And the gamechangers are noticing that the game is changing. Take Shekar Kapur's recent tweet:

Has no on bothered to notice that the smaller budget sleeper hits are usually female dominated stories? #NH10, Queen, Kahani, Dirty Picture

Or that of Anurag Kashyap:

What's amazing is that the films,that the trade for many years said "wouldn't work/shouldn't be made" are the ones that's really working now

Yes, Bollywood is certainly feeling the love for the so called unconventional, and it seems that the women are the ones who are enjoying exploring their adventurous, artistic appetites, while in some cases, the superstars they started out with subsist on the same standard fare.