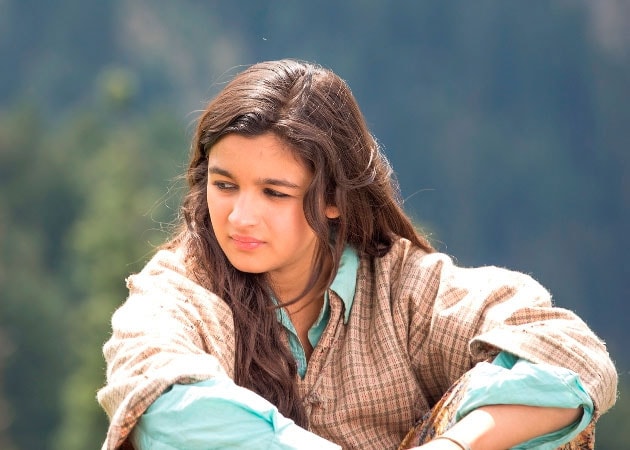 Alia Bhatt in a still from Highway.

The trailer of Imtiaz Ali's next film Highway, a relationship film on the roads, comes across as a visual delight with rustic paths, snow-clad mountains and desert. Another highlight is Alia Bhatt.

The trailer of Imtiaz Ali's next film Highway, a relationship film on the roads, comes across as a visual delight with rustic paths, snow-clad mountains and desert. Another highlight is Alia Bhatt.
The trailer of the film, which has been producing under Imtiaz's banner Window Seat Films, was released at a multiplex in Mumbai on Monday.
"Highway was made on the road, on the go. It needed more care. Luckily I had the best people in the team. And the movie has changed us all a bit," the director said in a statement.
The movie is a road journey traversing six states of north India and it features actors Alia and Randeep Hooda in the lead role. Alia's look is diametrically different from what audiences saw her in her debut film Student Of The Year.
There, she was all about candy floss romance and designer wear. Here, she is more desi and sans any frills.
What adds to the trailer is the music by maestro A R Rahman. The trailer received over 80,000 views within hours of its release.
The 144 seconds-long trailer starts with Alia being abducted by Randeep, but the story is not like any other kidnapping incident. It shows how Alia starts enjoying the "freedom" in "bondage".
Presented by Sajid Nadiadwala, the film captures the landscape of the various regions in the country. Nadiadwala is happy with its outcome.
"Presenting a film like Highway is a matter of honour for me. The film was mounted and executed in a very short time and I am so happy with the way it has turned out. Imtiaz's craft and Rahman's music have come together like always to create the magic that they are known for.
"Now with the trailer out, we are waiting for the world to join us on this special journey," he said.
Highway will hit the screen on February 21, 2014.