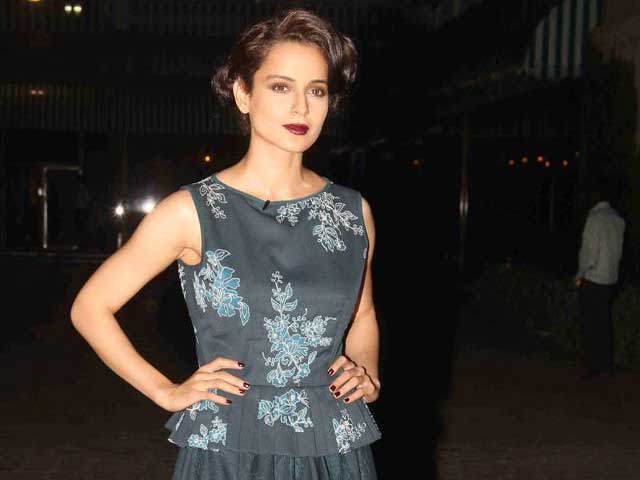 Kangana will next be seen in Tanu Weds Manu Returns

Kangana's parents accepted the award on her behalf on Himachal Day

Actress Kangana Ranaut, who won the Best Actress National Award for her performance in Queen, was recently honoured by her home state Himachal Pradesh for her contribution to cinema.
The 28-year-old actress was invited to be the guest of honour on Himachal Day (April 15) by the state's chief minister Virbhadra Singh.
But the actress, who is busy wrapping up Aanand L Rai's Tanu Weds Manu Returns, could not attend the event. However, Kangana's parents accepted the award on her behalf.
Kangana, who fled from home to become a Bollywood actress at the age of seventeen, won her first National Award for her role in the 2008 film Fashion. Kangana bagged the Best Supporting Actress National Award for playing a drug-addicted model in the film.
Kangana will next be seen in a double role in Tanu Weds Manu, which is set to release on May 22.
Watch: