The release date of Irrfan Khan's Hindi Medium has been shifted by a week. The film, which was earlier scheduled for release on May 12, will now hit the theatres on May 19 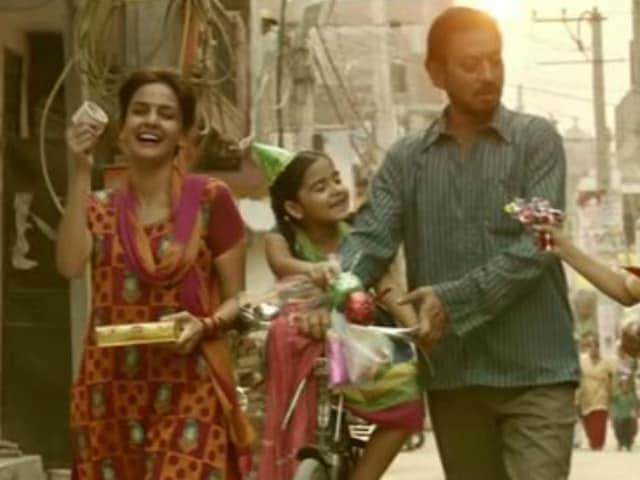 A still from Hindi Medium trailer

The release date of Irrfan Khan's Hindi Medium has been shifted by a week. The film, which was earlier scheduled for release on May 12, will now hit the theatres on May 19. Hindi Medium, directed by Saket Chaudhary, will clash at the box office with Mohit Suri's Half Girlfriend starring Arjun Kapoor and Shraddha Kapoor. Earlier, the film was slated to release along with Amitabh Bachchan's Sarkar 3 and Mer Pyaari Bindu starring Ayushmann Khurrana and Parineeti Chopra. Speaking to news agency PTI, producer of Hindi Medium, Dinesh Vijyan said that they want to promote the film a little more in the next few days.
"After watching the film Irrfan and I both felt that we should give it a week more to promote since it has the potential. We are confident about how the film has shaped up and sure that the audience will love it too," PTI quoted producer Dinesh Vijan as saying.
Hindi Medium, which is a satire on Indian education system, also stars Pakistani TV actress Saba Qamar. The trailer of the film was released by its makers on April 6. The two-and-a-half minute clip highlights how Irrfan and Saba try their best to ensure their daughter receives good education.
Watch the trailer of Hindi Medium here

Irrfan Khan was last seen in 2016 movie Madaari, directed by Nishikant Kamat. After Hindi Medium, he will feature in Firangi, directed by Rajiv Dhingra. The film also stars Kapil Sharma, Ishita Dutta and Monica Gill in the lead roles. Irrfan Khan will also be seen in Bangladeshi film Doob: No Bed of Roses, directed by Mostofa Sarwar Farooki.
(With PTI inputs)