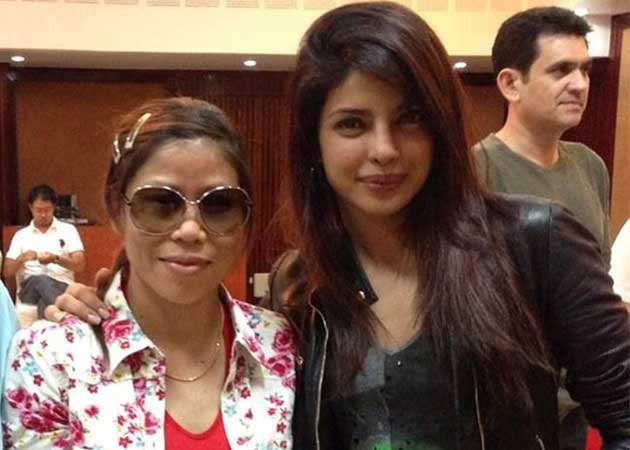 While Priyanka Chopra won accolades for playing Mary Kom on-screen, the ace boxer has taken the world by a storm by winning her first gold in Asian Games on October 1, 2014.

The 31-year-old Padma Bhushan recipient from Manipur used her 14-year-experience to pave her way to the golden glory despite losing the first round.

And while the country's interest in women's boxing championship increased many-fold after watching reel Mary Kom, the real life competant boxer has added another feather to her cap.

An elated Priyanka Chopra, who convincingly depicted Mary Kom's struggling journey to make a mark for herself in the boxing arena, took to Facebook and Twitter to congratulate the five-time world champion on her historic victory. Priyanka posted: