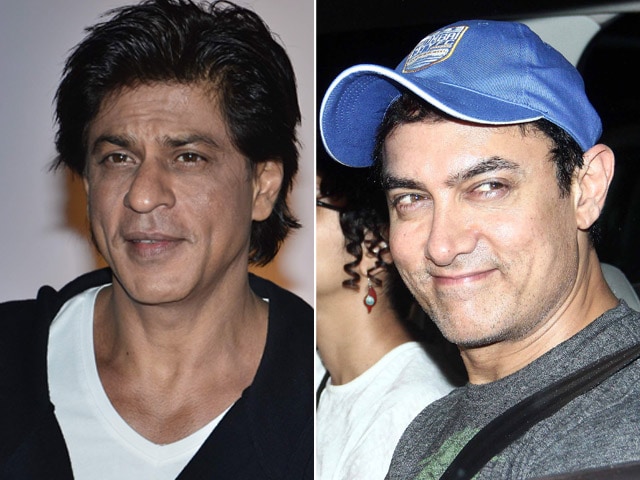 Wong Kar-wai thinks the Hindi film industry is a pool of talent.

Wong Kar-wai, who is considered as the pioneer of new wave cinema in China, is being honoured with the Lifetime Achievement Award on the concluding day of IFFL

Noted Hong Kong filmmaker Wong Kar-wai wishes to work with Bollywood superstars Shah Rukh and Aamir Khan if he takes up an Indian project in future.
The 56-year-old filmmaker thinks the Hindi film industry is a pool of talent.
"I think there is loads of talent in Bollywood and I am a big fan of Bollywood films. Bollywood films are full of fun. If time allows me or if any projects are there I would like to work with people like Shah Rukh Khan or Aamir Khan. I feel working with them would be very nice," Mr Kar-wai told PTI in an interview at IFFI.
Mr Kar-wai, who is considered as the pioneer of new wave cinema in China, is being honoured with the Lifetime Achievement Award on the concluding day of International Film Festival of India in Goa. His latest film The Grandmaster will close the festival.
The director call himself a great admirer of Satayjit Ray's film and is in tune with the latest work being done in Indian cinema.
"I am a great admirer of Satyajit Ray and I have watched many of his films. I follow Bollywood films and recently I have seen an Indian film called The Lunchbox. The movie is very nice. I heard he (Ritesh Batra) is a first time director, but I think he is a very promising talent," he said. Sporting his trademark black shades, Mr Kar-wai said his connection with India is not new as he has been here earlier.
"I have been to India many times. I even shot a commercial film in India. But this is my first visit to Goa. We were almost for an hour in the city to have dinner last night. Goa is a very young and vibrant place, seems like people are having lot of fun here," said the director, who looked perturbed by the humid weather of the beach state.
Mr Kar-wai feels the Lifetime Achievement award has come too early in his career.
"First of all it's a great honour. But it is also a big surprise as it came to me a little bit early. That means I would need lot more knowledge to deserve this," he said. With China being the focus country for the ongoing festival, he said both the nations (India and China) have many things in common.
"Both the countries have one of the oldest civilisations in this continent. Each country is very active in the film industry. We have many things in common," he said, adding, "The bilateral pact signed between both the nations will encourage more active collaboration between filmmakers from both the sides."