How Aamir Khan surprised wife Kiran with a birthday trip 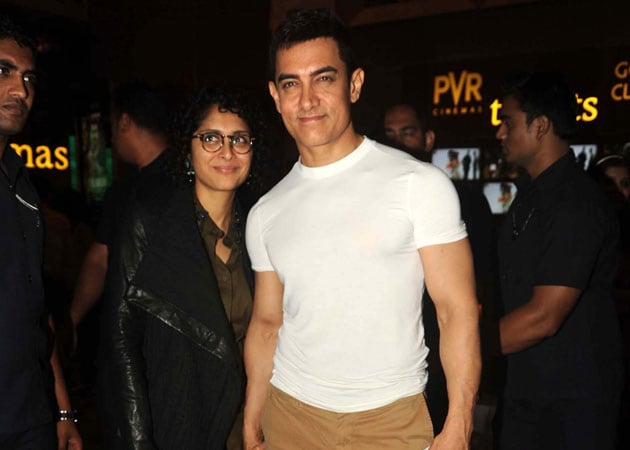 Kiran Rao was reportedly keen to visit Assam and had mentioned it to Aamir a couple of times in passing.

Aamir Khan planned something really special for wife Kiran Rao's birthday and Karan Johar was part of the celebration.

Aamir Khan planned something really special for wife Kiran Rao's birthday and Karan Johar was part of the celebration.
Trust Aamir Khan to have a trick or two up his sleeve, always. True to his nature since last three months, the star has been meticulously planning a surprise party for wife Kiran Rao's birthday which happened on November 7.
Turns out the Dhobi Ghat director, who turned 40, was keen to visit Assam and had mentioned so to Aamir a couple of times in passing. The doting husband decided to spin a surprise around this wish of hers. Just two days before her birthday, he faked a meeting in Delhi and asked her to come along with him. Once she got into the flight, she was pleasantly surprised to see all her close friends and relatives were aboard.
Aamir had apparently got in touch with each of her close friends and family three months back to block the dates for the trip. He also secretly got Kiran's and son Azad's bags packed without her even knowing about it.
According to the source close to them, "Aamir and Kiran are staying at a private resort near Nameri National Park in Sonitpur district in Assam. It's essentially a forest area amidst wildlife. Kiran's parents and few close relatives and friends have also accompanied them. Aamir personally booked tickets and hotels for everyone."
However, another big surprise was the presence of Karan Johar amidst the gang that went to Assam. The filmmaker - along with director Ayan Mukerji - was one of the only two celebrities from the industry to attend Kiran's birthday.