Sayani Gupta said: "I got very nervous. But I still wanted to do my stunts myself" 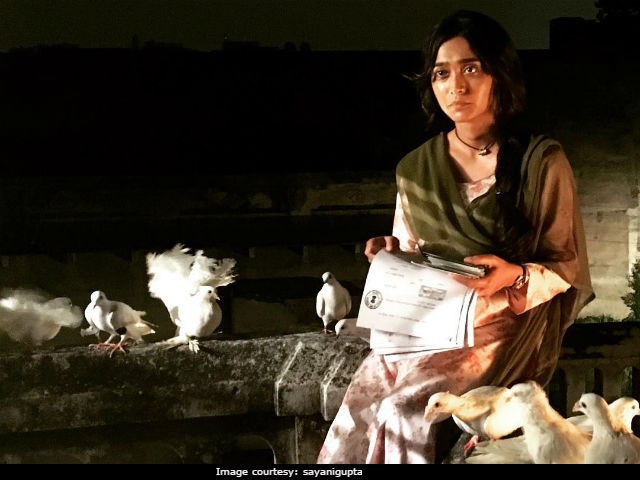 Actress Sayani Gupta has a small yet pivotal role in Akshay Kumar's latest film Jolly LLB 2. The Fan actress said that Akshay helped her to shoot her suicide scene in the courtroom drama film. After Jolly (Akshay Kumar) dupes a pregnant Hina (Sayani Gupta) the latter commits suicide by jumping from the roof of her house. But Sayani, who has a fear of heights, had a bit of difficulty during the shoot. She told news agency IANS: "Once I saw the stunt person do the stunt, I got very nervous. But I still wanted to do my stunts myself. I have a phobia of heights and when I had to jump off a 40-foot-high building, it was not pretty at all. While we were rehearsing, I had a very tough time to not contort my face or scream during the fall. Parvez Shaikh (action director) was trying to keep me calm and said 'Don't be scared'. I was like 'I don't want to be scared. But do I really have a choice?'"
Enter Akshay Kumar.
Sayani told IANS that Akshay's discipline over his stunt sequences is "marveling." She said that with Akshay's help she was able to do the stunt. "He gave me some simple tips which made it much simpler. I am grateful to him for being helpful, calm and such a master of stunts. Thanks to him, I could jump off the building with perfect calm as if I could do this in my sleep. Subhash sir was very pleased as a result," she told IANS.
Jolly LLB 2 is directed by Subhash Kapoor and also stars Annu Kapoor and Saurabh Shukla. The film, which is a sequel to 2013 sleeper hit Jolly LLB, has made over Rs 97 crore in 11 days.
(With IANS inputs)