How Amitabh Bachchan, Abhishek Wished Jayaji on Her Birthday

"Happy birthday Ma. There will never be enough words in the world for me to express how much I love you," Abhishek Bachchan wrote on Instagram 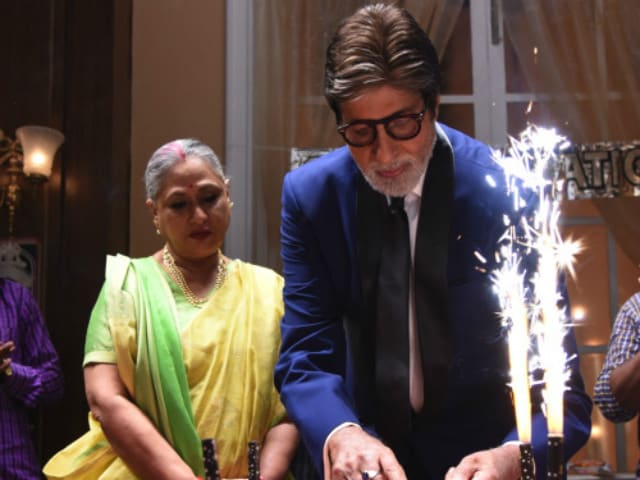 This image was shared by Amitabh Bachchan on his blog.

Veteran actress Jaya Bachchan turned a year older on April 9 and her husband and son - actors Amitabh Bachchan and Abhishek Bachchan shared birthday messages for her on social media.
Big B, 73, tweeted this on Jayaji's 68th birthday:

Abhishek, 40, said 'Happy Birthday' with a picture on Instagram:

Happy birthday Ma. There will never be enough words in the world for me to express how much I love you.

Jaya and Amitabh married in June 1973 and have co-starred in movies like Zanjeer, Sholay and Abhimaan. Big B and Jayaji last featured in cameo roles in R Balki's new movie Ki And Ka, also starring Arjun Kapoor and Kareena Kapoor. (Also Read: Amitabh Bachchan 'Went Out of His Way' to do Ki And Ka)
Jaya and Big B are also parents to Shweta, who is married to businessman Nikhil Nanda.
Abhishek, married to actress and former beauty queen Aishwarya Rai Bachchan, was last seen in 2015's All Is Well. They have a daughter named Aaradhya.