How Arjun Kapoor Trained For Basketball Scenes in Half Girlfriend

"In the book, basketball is a crucial element at the beginning of their relationship. It's because of basketball that he gets the confidence to talk to the girl. We wanted basketball to look real, not just we bouncing around the ball for the sake of it," said Arjun Kapoor 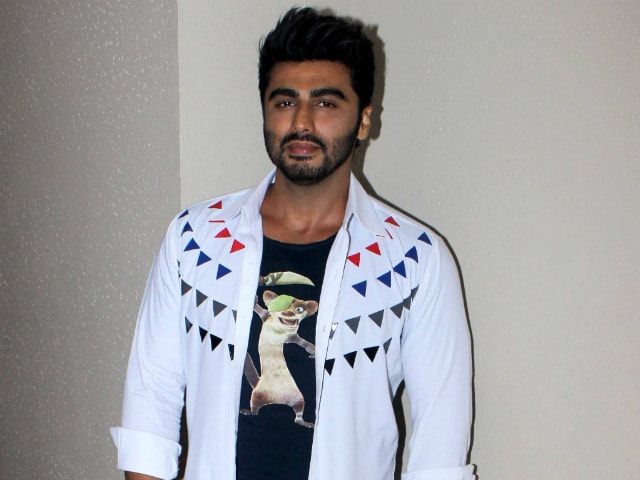 Actor Arjun Kapoor said that trainers associated with the popular NBA (National Basketball Association) helped him fine-tune his basketball skills for the film Half Girlfriend.
"In the book, basketball is a crucial element at the beginning of their relationship. It's because of basketball that he gets the confidence to talk to the girl. We wanted the basketball scenes to look real, not just bouncing around the ball for the sake of it. That is the reason, people from America and NBA came to train us and spent two and a half months with me," the actor said.
"After Ki And Ka released, I had begun my preparation," Arjun said, during an interview for the promotion of the film Ice Age: Collision Course in which he has voiced the character of Buck.
Arjun's scenes playing basketball have been the first to have been released in the film's promo. The basketball scenes have reportedly been shot at Delhi's Shri Ram College of Commerce.
"There is that Bihar style of talking of the character and I didn't want it to look 'caricaturish.' His English is not up to the mark and though he knows it, he hesitates to speak in it because he is from Bihar. He is told that you are from Bihar and your English is poor what will you be able to do in life. Just because he can't speak in English doesn't mean he is not intelligent," Arjun added.
"It's a big issue in India that people judge you on the basis of your English. So I wanted to play the character as genuinely as possible," added Arjun.
Half Girlfriend, also starring Shraddha Kapoor, is slated to release next year.