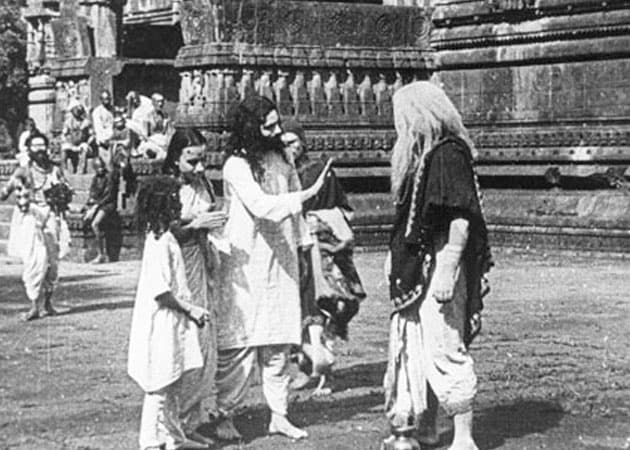 A still from the movie Raja Harishchandra

On May 3, 1913, Raja Harishchandra, India's first feature film, released and was declared a hit.

It all began when Dhundiraj Govind Phalke said "lights, camera, action" a century ago. On May 3, 1913, Raja Harishchandra, India's first feature film, released and was declared a hit. It was the beginning of an industry that would snowball into a behemoth, defining India's popular culture like no other.
A 100 years later, we bring you some facts about the film that started it all:
Dhundiraj Govind Phalke worked in the Archaelogical Society of India and then as a printer before staking everything he had on making a film. He was inspired to become a filmmaker by 1902 French movie The Life Of Christ, which he saw twice on the same day.
Dadasaheb Phalke quit his printing press career and went to London to learn the technicals of making a movie. He bought a camera, a printing machine, a perforator and raw film.
Advertisements seeking handsome actors for the lead role brought so much amateur and inadequate talent that Dadasaheb Phalke was forced to add a line saying "ugly faces need not apply."
Dadasaheb Phalke was forced to cast a male actor, Anna Salunke, in the role of queen Taramati because acting was not considered a decent profession for women. He found Anna Salunke in a restaurant, working as a cook. His only female applicants for the role were prostitutes from Mumbai's red-light areas, but even they backed out eventually. The success of Raja Harishchandra meant that for his second film, Mohini Bhasmasur, Dadasaheb Phalke had no trouble finding actresses for the female roles.
His cast and crew were told to say they were working in Dadasaheb's "factory" while filming took place.
Dadasaheb Phalke was 40 when he made Raja Harishchandra, and some of his friends were convinced he was mad, even trying to have him admitted to an asylum.
Dadasaheb Phalke pledged his life insurance policies, his wife sold her jewellery to raise money for the film.
Raja Harishchandra was partly shot in Mathura Bhawan in Dadar, on a road now renamed Dadasaheb Phalke Road.
The film's outdoor scenes were shot in a village near Pune, where the villagers reportedly mistook the prop swords for real ones.
The title plates that were inserted in between the silent scenes were in English and in Hindi.
Dadasaheb's entire family took part in the making of Raja Harishchandra, with his wife handling much of the technical details and his son playing a major role in the film, that of Harishchandra's son.
To woo his audience away from the stage to the screen, Dadasaheb Phalke promoted his films as: "A performance with 57,000 photographs. A picture two miles long. All for only three annas." He also preceded the film with a dance performance by two European girls for the first few days.
Raja Harishchandra released in Mumbai's Coronation Theatre and ran for 23 days. It was also shown in London in 1914. The story of Harishchandra was not just the subject of Dadasaheb's 1913 film but also of the first Marathi talkie, V Shantaram's Ayodhyecha Raja (1932).