How Deepika Padukone Hopes To Help Those Suffering From Depression

"Depression can strike anyone regardless of their age, background or economic status. Unfortunately, those who suffer from depression and other mental health issues face prejudice and discrimination," said Deepika 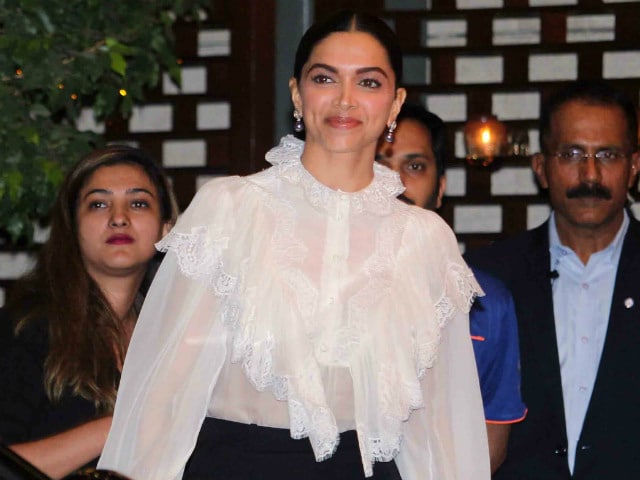 Actress Deepika Padukone opened up about battling depression in 2015, following which she founded the NGO, Live Love Laugh Foundation, to help those with mental illness. On World Health Day last week, Deepika Padukone was speaking at an event organised by the Karnataka government in Mumbai, when she said that people suffering from depression are treated with a "prejudiced" outlook and "discrimination," reported news agency IANS. The 31-year-old actress, who has battled and survived depression, also pointed out that it any one, irrespective of their social or economic position, can have depression. "Depression can strike anyone regardless of their age, background or economic status. Unfortunately, those who suffer from depression and other mental health issues face prejudice and discrimination," PTI quoted Deepika as saying.
Deepika, who came on board the government's initiative to spread awareness about mental illness, said that she aspires to be part of a drive which aims to create a suitable and comforting environment for those with depression. "Recent initiatives by the government show that the authorities are committed to addressing and combating the imposing challenge that depression presents. I hope together we create an environment where people afflicted with mental illnesses feel comfortable, safe and loved," PTI quoted Deepika as saying.
In a Facebook video last year, Deepika shared that badminton really helped her cope during her difficult times. "Two years ago I struggled with depression. I was sinking. I almost gave up. But it was the athlete in me that gave me the strength to fight and never ever give up," she said in the video, along with an advert for sports accessory brand Nike.
It appears that Deepika is working towards her goal to encourage those with depression. In her exclusive interview to NDTV in 2015, Deepika had said: "If I can impact one life in this entire process of speaking up and letting people know that it's something I have been through and something that I could deal with because I had a fantastic support system."
Deepika Padukone is currently shooting for Sanjay Leela Bhansali's period drama Padmavati. This year, she was made her Hollywood debut with xXx: The Return Of Xander Cage.
(With IANS inputs)