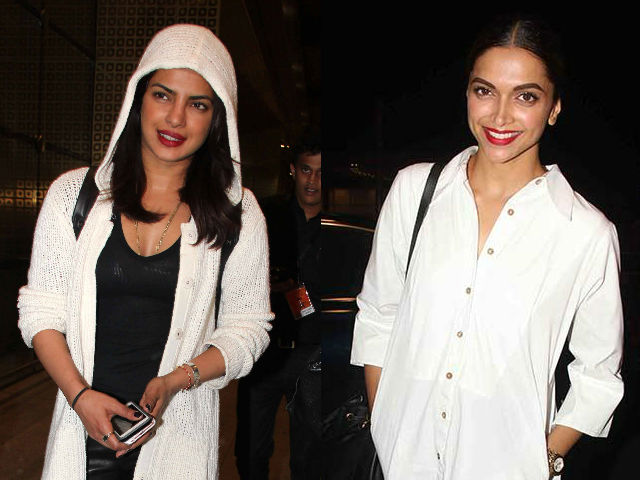 24 advertising campaigns in 40 days and a cool Rs 100 crores in Priyanka Chopra's pocket. This is the warm welcome that reportedly awaits the 33-year-old actress on her return to India. On the face of it, absence makes the brand ambassador busier, but does a Hollywood career take endorsement fees into a new league? Not quite.
"Priyanka's latest campaign may have an international feel, but it is her status as a Bollywood star that had the brand raising their glasses to her," says Nadia Chauhan, Joint Managing Director & CMO, Parle Agro.
"For us it was more relevant to look at it from the point of view of the Indian market. Priyanka Chopra has massive equity in India. Of course it is amazing what she is doing internationally as well," she added.
This is also surprisingly true for Deepika Padukone, 30, who has been busy filming her first Hollywood projectxXx: The Return of Xander Cage, according to Anirban Das Blah, CEO and MD CAA Kwan, who handles Deepika's endorsements and deals.
"For brands that are India-specific, I think that more people will continue to watch Piku or Bajirao Mastani than will watch, you know, a xXx 3. So I don't think it makes a difference for Indian brands. It doesn't make a difference for India campaigns. There is some prestige attached, but she is already the biggest star in the country," he said.
Hollywood may not be translating into bigger bucks in Bollywood at the moment - however, post the release of Baywatch and of course xXx: The Return of Xander Cage, that could possibly change.
About Deepika, Mr Das said: "There has never been an Indian who has played a lead in a global movie. It is unprecedented. I believe that when this movie is out, we are going to see India's first true global superstar. Not India's first true global celebrity. There are several celebrities but she will be India's first true global superstar. I completely believe that."
That sounds like a challenge to us, and knowing Priyanka Chopra and Deepika Padukone, they are both more than up to proving that they've got their brandwagons on the international track.
Watch: