How Kaanchi's Mishti got her name 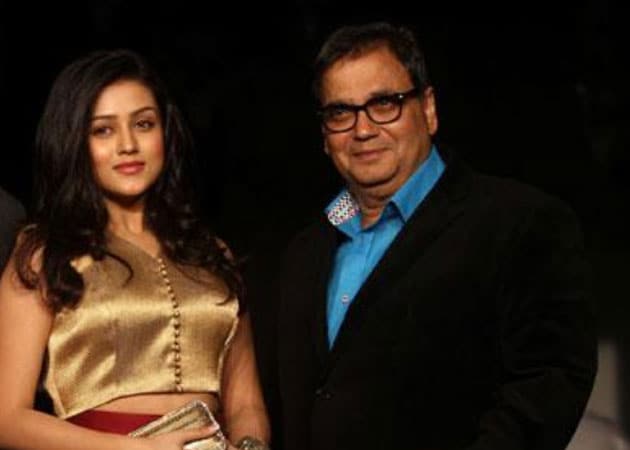 Filmmaker Subhash Ghai, who often renames the female leads of his films with 'M', says he chooses the alphabet for his actresses because it symbolises mother.

Filmmaker Subhash Ghai, who often renames the female leads of his films with 'M', says he chooses the alphabet for his actresses because it symbolises mother. (Also read: Subhash Ghai's Kaanchi to release on April 25)
Mr Ghai, who is launching Bengali model Indrani Chakraborty in Bollywood in his upcoming film Kaanchi and gave the new name 'Mishti', said he did not have to search much for the moniker. "M factor is the mother. A woman is a mother.
For me M doesn't connote money or movie. During the screen test she told me her nickname is 'Mishti' and it clicked. "It is one Bengali word which can instantly connect with the Indian audiences and it gelled with my motto of alluding the 'M' word to mean mother," Mr Ghai said. Kaanchi is all set to hit theatres on April 25. Even the actress is quite impressed by her new name.
"I will not be known by any other name any more. I will be known as Mishti only," Indrani said. Apart from Kaanchi, Mishti has three Ghai projects lined up for the next three years. But she refused to divulge details about the films. Talking about Kaanchi, the actress said, "You can call it the saga of today's women. Traditional and contemporary and yet independent minded."
She revealed that she was nervous about her on-screen kissing scene with co-actor Kartik Tiwari, who was last seen in Pyar Ka Punchnama. "None of us could get it right and Kartik was blushing. But Subhashji won't allow to let it go. We took 37 takes to get it right," she said.
The musical drama also features veterans like Rishi Kapoor and Mithun Chakraborty.