How Karenjit Kaur Became Sunny Leone. It's Kind of an Unexpected Story 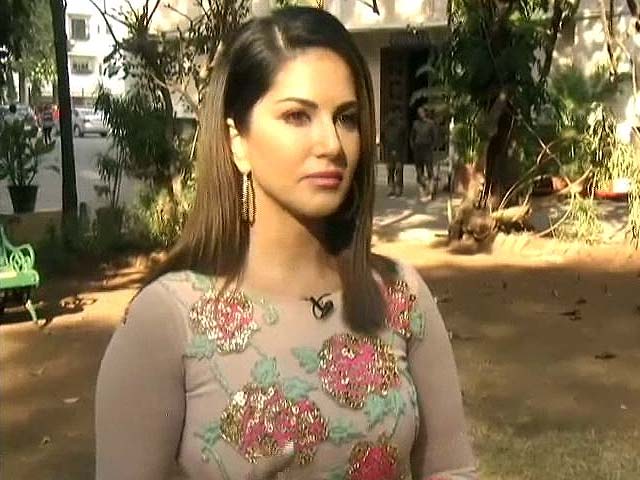 Sunny Leone in conversation with NDTV.

"When I was doing this interview for the magazine, they asked, what do you want your name to be? And I said 'how about Sunny and you guys pick the last name?' And it wasn't something that I really thought about. Sunny just happens to be my brother's nick name. His name is Sandeep," said Sunny Leone

In 2012, adult film star Sunny Leone made a quantum leap into mainstream Bollywood with a lead role in the hit film Jism 2. India was quickly fascinated - she has been the most Googled Indian celebrity for two years running - but perhaps slower to admit to it. Four years and less than 10 films later, Sunny spoke in length to Shekhar Gupta on Walk The Talk about what it's been like for her in Bollywood.
When she started out here, an appearance on reality show Bigg Boss preceding her being cast in the Pooja Bhatt-made Jism 2, the film industry didn't quite know what to make of her. Sunny, 34, was kept at arm's length for the longest time, with Bollywood - particularly its female stars - warming up to her only recently.
"The women in Bollywood I've noticed, in the last six months, through responses in social media, and people are more willing to say hello. But at first, definitely I felt like the elephant in the room. People stare but don't want to say hi," she told Shekhar Gupta.
Almost nobody wanted to be seen with her at first. "I remember one of the first award shows that I went to, they wanted to put me on stage with another woman, or any actor, and they all said no. And someone really nice ended up saying yes, so it was a lot more open minded (of them) I guess. But it was a weird moment, to feel that people are so against you or they are scared of you or whatever is going on in their mind," Sunny said.

Her name might be most Googled now but she wasn't always 'Sunny Leone.' She was born to Indian immigrants in Canada and her real name is Karenjit Kaur Vohra. It was name most unsuited to a career in erotic entertainment. At 19, she was picked as Penthouse's 'Pet' for March 2001 and the men's magazine helped find her a new name.
"When you become a Penthouse Pet, they send you across the country on radio, TV, magazine shoots, all these different things and I was 19-years-old and this was a whole new world," Sunny said on Walk The Talk.
A name change was in order and the story of how she chose to be called 'Sunny Leone' is somewhat surprising. Wikipedia will tell you that she claimed that 'Sunny' was her really name - but it actually belongs to her brother.
"When I was doing this interview for the magazine, they asked, what do you want your name to be? And I said 'how about Sunny and you guys pick the last name?' And it wasn't something that I really thought about. Sunny just happens to be my brother's nick name. His name is Sandeep," the actress now known as Sunny Leone explained.

Sunny had two leading roles last year, in Ek Paheli Leela and Kuch Kuch Locha Hai. Expect to her see her on screen very soon, in the adult comedy Mastizaade coming up at the end of the month. (Also Read: Sunny Leone is 'Not Worried' About People's Reaction to Mastizaade)