How Salman Khan and Nephew Ahil Are Creating Trouble for Arpita

It appears that Salman's sister Arpita Khan Sharma was away on business on Sunday with son Ahil in the custody on mamu Salman, aunt Alvira and her husband Atul Agnihotri 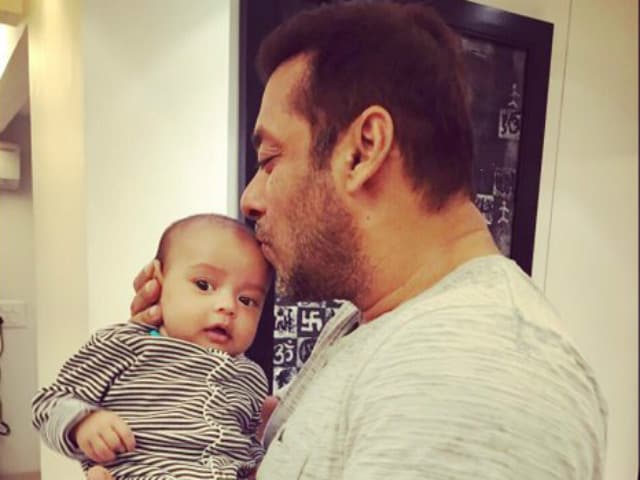 Salman Khan's nephew Ahil is a cute 'monster in the making'.
It appears that Salman's sister Arpita Khan Sharma was away on business on Sunday with son Ahil in the custody on mamu Salman, aunt Alvira and her husband Atul Agnihotri. Ahil, who was perhaps the best form of naughty and mischievous, was spotted playing with Salman's signature lucky bracelet.
Ahil is a born poser. The camera loves him and the feeling is mutual.


Parental guidance required .. everything should not be going in the mouth just when I left him I got these pictures .. Mamu @beingsalmankhan & Masi & Mausa @atulreellife spoiling him . Monster in the making !

And it continues this is how he spent his Sunday !

The things he does when I am not around @beingsalmankhan

Arpita often delights us with various moods of Ahil and Salman on Instagram:

My life in one frame , My brother , My husband , My son. My strength , My weakness , My happiness . My world blessed with the best . Thank you @beingsalmankhan @aaysharma

My Favourites them! Blessed with the best can't thank god enough

Arpita married Aayush Sharma in November 2014 and they welcomed their first child Ahil on March 30 this year.
Salman Khan, 50, was last seen playing a Haryanvi wrestler in Sultan, which became a blockbuster. Salman will next be seen in Kabir Khan's Tubelight.