Shahid Kapoor made special arrangements for Mira's Delhi-based parents who flew down to his Mumbai residence to be Mira's side. Shahid attended IIFA Awards from June 23 to June 26 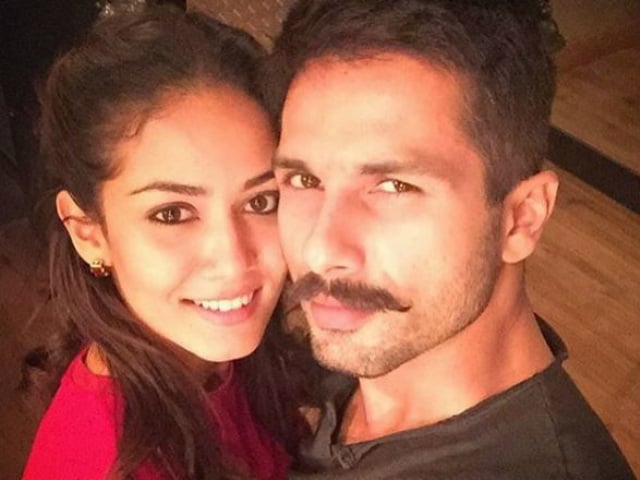 Actor Shahid Kapoor was away from his pregnant wife Mira for a while when he attended the IIFA Awards in Madrid last week. But he made sure that Mira is well attended and amidst her family members in his absence. Shahid made special arrangements for Mira's Delhi-based parents who flew down to his Mumbai residence to be by Mira's side. Mira and Shahid are expecting their first child.
Shahid attended the IIFA Awards from June 23 to June 26 and also co-hosted the ceremony on the last night of the festival.
In an interview to The Times of India earlier this month, Shahid said that he will take a break from work to spend more time with Mira. "Now, it is all about Mira. She is the one who is pregnant. She is very young and I think it is not easy. I just want to be with her, around her. Around the time the baby is due, I will not shoot for at least a month. I want to be there in the last few days of the pregnancy. I want to be there when the child arrives and enjoy these moments, as these are feelings you experience perhaps once or twice in a life," he said.
Mira's due date is around mid-September.
Meanwhile, Shahid and Mira enjoyed their babymoon in Maldives in May. Shahid shared a memory from their vacation on Instagram:

Shahid Kapoor, 35, and Mira Rajput, 24, married at a private ceremony in New Delhi in July last year. The wedding ceremony was followed by a grand reception in Mumbai which was hosted for Shahid's friends from Bollywood.
Shahid Kapoor's last film Udta Punjab opened to good reviews at the theatre. Shahid will next be seen in Vishal Bharwaj's Rangoon, co-starring Kangana Ranaut and Saif Ali Khan.