Hrithik Roshan Dodges Question on Kangana. Here's What he Said Instead

"I believe if you are not rediscovering yourself and pushing boundaries, then you are not alive. Everybody wants to change something about their life but they are either too afraid, too lazy or too comfortable with the way things are," said Hrithik 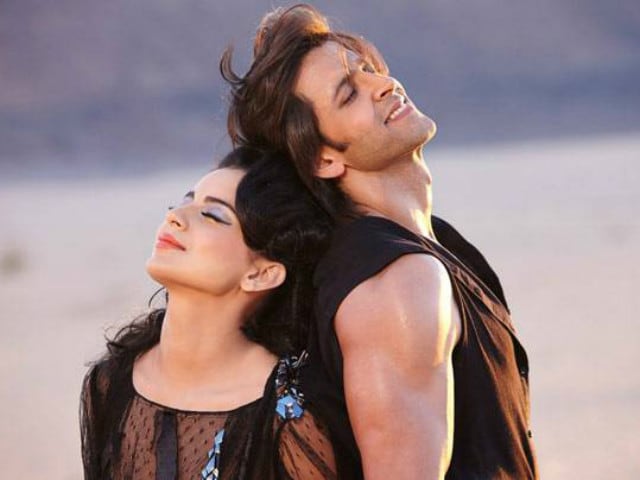 Kangana Ranaut and Hrithik Roshan in a still from Krrish 3.

Actor Hrithik Roshan said that he has evolved as a person and in spite of experiencing highs and lows in his life, he has still "soldiered on."
"I constantly believe in evolving as a human being, an actor and a performer. As I look back, I see myself as an evolved person who has seen great highs and lows and still soldiered on," Hrithik told IANS in an email interview.
Recently, Hrithik made headlines for his legal battle with actress Kangana Ranaut. When Hrithik was asked how his good or bad times have influenced him as an actor or as a human being, he did not answer the question. However, he said that while everybody wants to change something about their life, they compromise with situation and time.
"I believe if you are not rediscovering yourself and pushing boundaries, then you are not alive. Everybody wants to change something about their life but they are either too afraid, too lazy or too comfortable with the way things are," said Hrithik.
Hrithik said that his ability to reinvent himself "in new roles resonates with a brand's image to constantly innovate, making it a perfect fit."
But at the time when some senior actors are facing criticism for choosing wrong brand endorsements, Hrithik said that he only works with those brands that inspire him.
"There is a high focus placed upon the importance of choosing a reliable, trustworthy celebrity to endorse or sponsor a company's product while still balancing the celebrity's power to influence their consumers. And for me, I work with people and brands that inspire me. Our values and message need to be the same," said Hrithik.
With time being such an important part in everybody's life, Hrithik said that he always tries to be committed to deadlines.
"Quite often, we hear about our busy schedules and insane shoot hours. Despite this, it's important to manage to be punctual and stay true to one's profession. I try to be very sincere and committed to my films and deadlines," said Hrithik.
Hrithik, who was last seen in 2014's Bang Bang!, will soon be seen in Ashutosh Gowariker's Mohenjo Daro. The film will release on August 12.
Apart from Mohenjo Daro, Hrithik's Kaabil will release in January next year.
"I am travelling back in time and it's been a great journey and a great experience. The other movie (Kaabil directed by Sanjay Gupta and produced by Rakesh Roshan) is a love story-cum-revenge drama and it's shaping well," added Hrithik.