Hrithik Roshan: I am an ardent fan of Madhuri Dixit 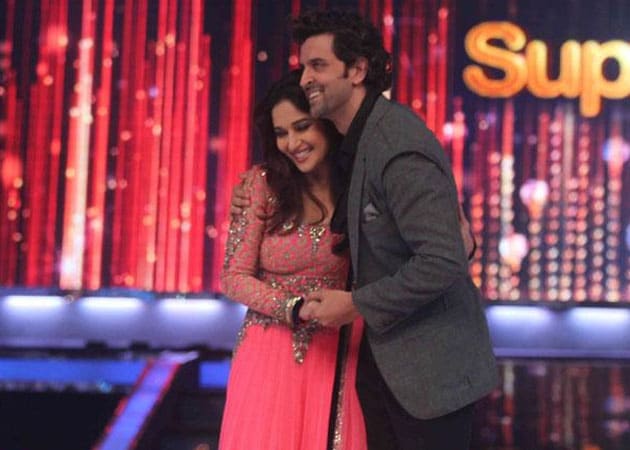 Bollywood actor Hrithik Roshan admits to being an ardent fan of Bollywood actress Madhuri Dixit.
The actor will be seen sharing stage with Madhuri during the grand finale of Jhalak Dikhhla Jaa 6 as a part of promotion of his upcoming super hero film, Krrish 3.
"I have been a fan of Madhuri since my assisting days. I have been a fan of her smile...She is one of the most gorgeous women," he said during the grand finale.
The two also danced to the numbers, Bhumbroo bhumbroo from Hrithik's film, Mission Kashmir and Nazrein mili dil dhadka from Madhuri's film, Raja.
Hrithik, 39, was accompanied by his Krrish 3 co-star, Priyanka Chopra and the two even performed to Raghupati Raghav from their film.
The grand finale will see four contestants, actress Drashti Dhami, singer Shaan, dancer Lauren Gottlieb and India's Got Talent 4 winner Sonali and Sumanth contesting for the trophy.
The episode will air on Saturday on Colors channel.