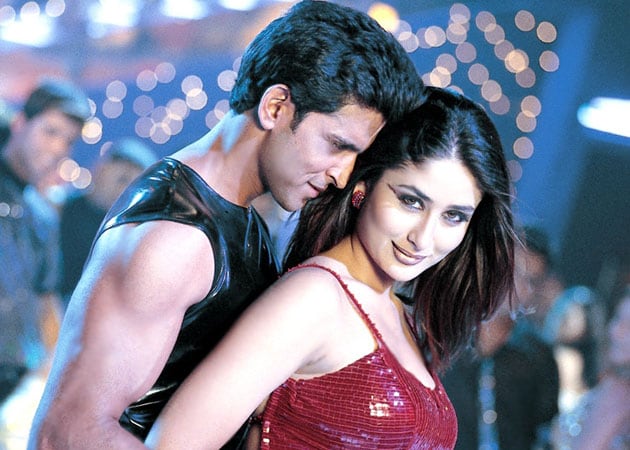 The actors in a still from Kabhi Khushi Kabhie Gham

Director Karan Malhotra has finalised Kareena Kapoor as the female lead opposite Hrithik Roshan in his next movie Shuddhi.

Director Karan Malhotra has finalised Kareena Kapoor as the female lead opposite Hrithik Roshan in his next movie Shuddhi.
The actors will team up again after a long hiatus.
The director says a cliche it may sound, but the two will be seen in a completely new look in the movie.
"Yes, finally we have confirmed Kareena for the role. I feel she is a stunning looking girl and she suites the character best. I am sure she will do justice to the film," said Malhotra.
"I am not allowed to talk much about my film, but all I can assure you is Kareena and Hrithik will be seen in a never before role in Shuddhi. I know it's the most cliche line ever, but I can assure you on that," added the director who made Agneepath remake with Hrithik.
Was it a conscious effort to reunite Hrithik-Kareena on screen almost after 10 years?
"No, it was not a conscious decision, it was just a coincidence. They both look lovely together, the script demanded them and I am lucky to have them on board," he said.
Kareena-Hrithik last outing together was the 2003 release Main Prem Ki Diwani Hoon. They were also seen together in Mujhse Dosti Karoge!, Kabhi Khushi Kabhie Gham and Yaadein.
Talking about Kareena, Malhotra said: "Kareena is a thorough professional and she took it as any other job. I don't think there are any differences."
Shuddhi, which will be produced by Karan Johar, will go on floors early next year.