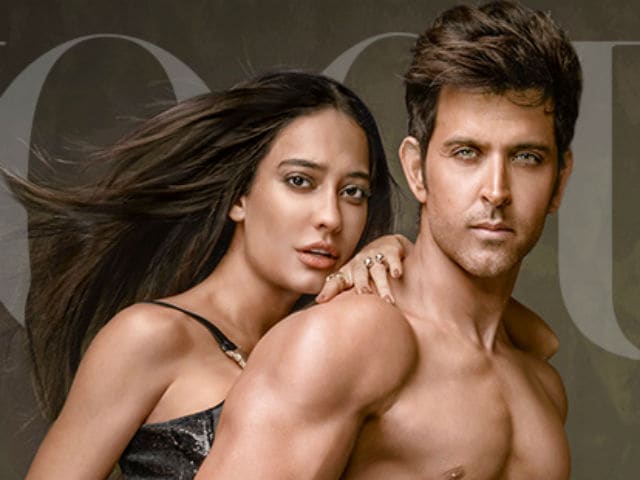 Hrithik and Lisa's picture has been trending for a while now (Image courtesy: VogueIndia)

Bollywood actors Hrithik Roshan and Lisa Haydon have been trending for a while, courtesy their photoshoot for the cover story of a leading fashion magazine. With a step closer to ringing in 2017, both of them have set up extreme fitness goals for all the gym buffs. The cover story focusses on fitness and the idea of 'body beautiful'. Hrithik, 42, and model-turned-actress Lisa Haydon, 30, look spectacular together. Hrithik's well-toned abs and Lisa looks sultry in a black swimsuit and red heels are the highlights. Both of them have been styled by Anaita Shroff Adajania and photographed by Errikos Andreou.
Hrithik, who has earlier worked with Anaita Shroff in Dhoom 2 thanked the costume designer for styling them. He wrote: "Going to style you, she said. Make you look hot, she said. Will barely let you wear clothes, she didn't say. S'ok, I still love you. " (sic)
Check out Hrithik and Lisa's trending picture here:

Going to style you, she said. Make you look hot, she said. Will barely let you wear clothes, she didn't say. S'ok @anaitashroffadajania, I still love you. #thankfullysheleftthepantson #Dhoom2memories #shealwaysdoesthistome #Vogueindia

Meanwhile, Hrithik is prepping for his next release Kaabil opposite Yami Gautam. The film is all set to clash at the box office on January 25 along with Shah Rukh Khan's much-awaited film Raees.
Lisa, who married her longtime beau Dino Lalvani earlier in November, is now enjoying her married life. Dino is the son of British entrepreneur Gullu Lalvani and the duo had been dating for a year. She was last seen in a guest appearance as Ranbir Kapoor's girlfriend in Karan Johar's Ae Dil Hai Mushkil. She is now a part of a web series The Trip.