Hrithik Roshan on Kaabil vs Raees: Have to do the Best we Can

"Shah Rukh and I understand each other. So, let's see what happens then. Team Raees is yet to complete shooting the remaining scenes with Mahira Khan whilst Kaabil is already in post-production," said Hrithik 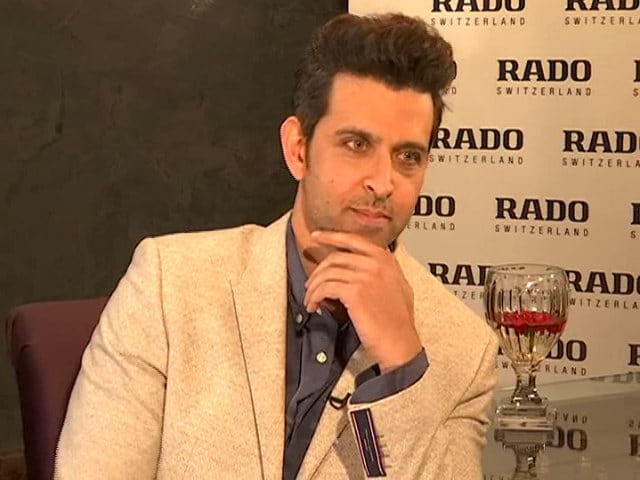 Hrithik Roshan in conversation with NDTV

Bollywood is keeping a watch on Delhi, quite literally. Soon after Aishwarya Rai Bachchan visited for her brand commitment, actor Hrithik Roshan arrived to promote the watch brand he endorses. So, is he having the time of his life? 'Always,' was the response.
Not the one to mull over failures, in his own words, Hrithik said the debacle of Mohenjo Daro hasn't affected him. He is set for yet another clash - Kaabil vs Raees. Both Hrithik and Shah Rukh Khan's films are slated to release on January 26, 2017.
Hrithik told NDTV: "It's not the ideal situation but it's happening now and all we can do is communicate with each other and do the best we can."
Shah Rukh, who has co-starred with good friend Hrithik in Kabhi Khushi Kabhie Gham, will be seen as a liquor bootlegger in Rahul Dholakia's Raees. There have been talks between Kaabil's producer Rakesh Roshan and Excel Entertainment, which co-produces Raees, and they decided to release their films together on the Republic Day weekend.
About the clash, Hrithik said: "Shah Rukh and I understand each other. Let's see what happens then."
Team Raees is yet to complete shooting the remaining scenes with Mahira Khan whilst Kaabil is already in post-production.
So, is Kaabil inspired by the Scent of a Woman?
Hrithik told NDTV, "No, it isn't. It's an original piece but I'm inspired by Al Pacino."
The next offering from the Roshan stables will be Krrish 4 but Hrithik said it will take a while since they are still looking for the perfect script. After all, Krrish is a tall order to live up to.
Will lucky charm Priyanka Chopra be part of the fourth instalment?
"Now, don't ask me. I don't know anything. Krrish is a while away," said Hrithik.
Refuting rumours of being part of Race 3, Hrithik said he is currently in a "very Dhoom 2 kind of a space."

So, with the turbulence of 2016 well past him, how does the actor look back at the year?
"I don't look back," Hrithik Roshan concluded.