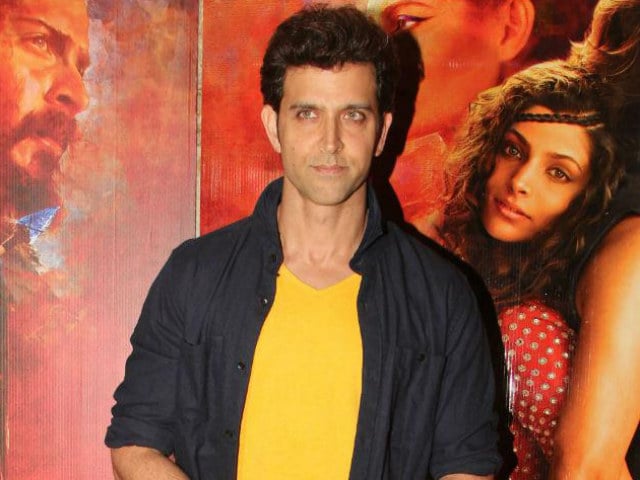 Actor Hrithik Roshan says he has gone through a lot of ups and downs in his personal life and been through depression but it is something which should not be stigmatised.
The Bang Bang! star says issues relating to mental health must be spoken casually and not as if it is something which can't be cured.
"I've been through my ups and downs. I have experienced depression. I have experienced confusion, as we all do. It's a very normal thing. We should be very casual about it when we speak about it. It should be spoken about casually," he told reporters in Mumbai.
The 42-year-old actor was speaking at the launch of M Power's 'Everyday Heroes' campaign which urges people to accept and fight with mental illnesses.
Hrithik said the highs and lows that he has experienced were necessary as it helped him evolve as a person.
"I have experienced issues in my own personal life. We all go through ups and downs. The ups are important, the downs are (also) important because you evolve through both of them. When you go through a down, then the most important thing is clarity of thought. Sometimes your brain takes over, feeds you with unwanted thoughts. That's the time you need objectivity, a third or second erson to look at you and say 'this is what is happening to you'," said Hrithik, who started his career with Kaho Naa Pyaar Hai in 2000.
The actor said that he saw many of his friends silently battle depression and other mental issues which prompted him to dig deep into the matter.
"This is something which was on my mind for years. I always questioned this stigma (around mental illness). I have seen my friends suffer in silence and it bothered me to a level where I started asking questions and stumbled upon some very good questions in that search," he said.
"When we are suffering from stomach or kidney problem, we are so cool and casual about it. Why when we have a problem with brain, which is also an organ, we get scared and feel as if it is our fault and we need to hide it from people. Everybody at some point of life is going to go through some mental issue," he added.