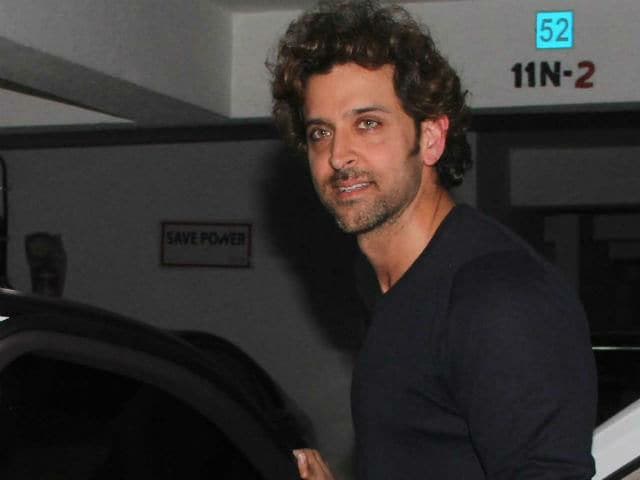 Over the weekend, actor Hrithik Roshan was spotted at two different birthday parties. At Goldie Behl's party, Hrithik was on crutches to support his bandaged ankle. Hrithik injured his ankle on the sets of Mohenjo Daro, which is directed by Ashutosh Gowariker and also stars Pooja Hegde

Actor Hrithik Roshan injured his ankle on the sets of Mohenjo Daro, but while he may be bloodied, he is unbowed.
Over the weekend, Hrithik was spotted at two different birthday parties - producer Goldie Behl's and Hrithik's grandfather's 90th birthday celebrations, which was attended by the Roshan clan.
Hrithik shared pics:


Happy birthday golden @GOLDIEBEHL may ur year b as fun,exciting n risky as last nite. Stay wild my man!Power to you! pic.twitter.com/IaEGv82qa2

The wealth he created in us even dwarfs all his worldly success n millions. Happy 90th birthday 2 my DEDA. I love u pic.twitter.com/kUsTx0q6HI

At Goldie Behl's party, Hrithik was on crutches to support his bandaged ankle. The actor, 42, tore a ligament filming Mohenjo Daro some days ago. Other party guests included his Dhoom: 2 co-star Abhishek Bachchan. (Also Read: Hrithik Roshan Injured, 'Tore a Ligament' on Mohenjo Daro Sets)
Hrithik tweeted about his injury 10 days ago: