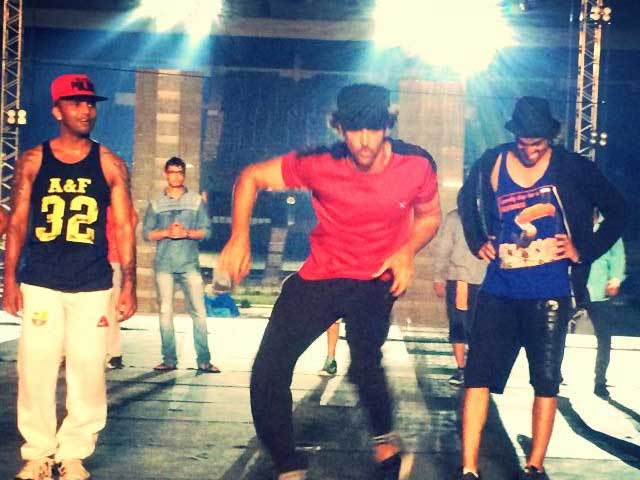 This image was posted on Twitter by Hrithik Roshan

Actor Hrithik Roshan, who is in Kolkata to perform at the Indian Premier League (IPL) inaugural on Tuesday, expressed his profound love for the city and remembered his part-Bengali heritage.

City of joy , I love you!! So much love here in Kolkata ! My dida would have been so proud.. Thank you all...

Hrithik and Anushka Sharma arrived in Kolkata on Monday, a day ahead of their much-awaited performance at the opening and came straight into rehearsals despite thundershowers.

Hrithik, Anushka and Shahid Kapoor are set to enthrall spectators at the gala opening ceremony at the Salt Lake Stadium.

However, according to the Met office forecast, rain and thunderstorms could play spoilsport at the event.

Notwithstanding the downpour on Monday evening, the duo were spotted practicing their moves at the stadium with a troupe of background dancers for the two-hour programme on Tuesday.

Hrithik was overcome with nostalgia during the rehearsals.

The star son's first live act after his stellar debut in father Rakesh's Kaho Naa Pyaar Hai, was at the same venue in Kolkata.