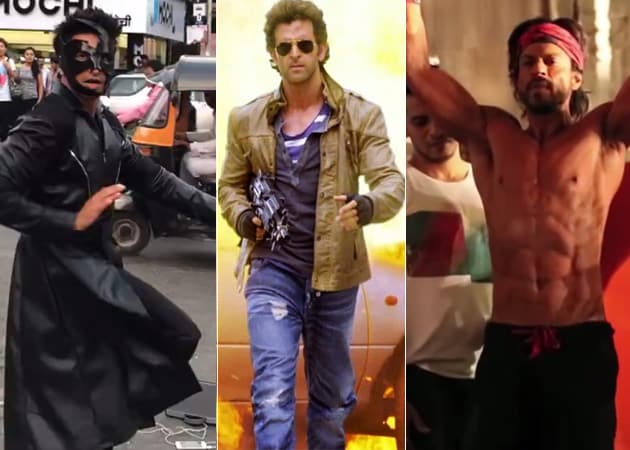 Actor Hrithik Roshan, who had been challenging his colleagues from the film industry as part of his film's promotions, revealed that the idea for Bang Bang dare came to him through one of actress Nargis Fakhri's tweets.

He said that the coffee-addict actress had sworn off caffeine based drinks for a week for her health, and had challenged her Twitter followers to take the dare if they can muster the strength. This seemed like a 'Bang Bang dare' to the actor, who then took up Nargis' challenge and reinvented it in his style for the others in the film industry.

Now that's what a call a bangbang dare!!! I take the challenge!! I'm on!! Anyone else care to join? @NargisFakhri

Hrithik elaborated, "While Sid (director Siddharth Anand) and I were making the film, whenever we faced a challenge we used the term like it's a Bang Bang challenge or we need a Bang Bang dare. So through all the challenges we came across while making the film, the term was already concocted. And when I read her (Nargis Fakhri) tweet, I though this sounds like a Bang Bang dare. I took up the dare and then took it further." He joked, "We have been through so many dares let's make other people go through it now."

Talking about the successful preliminary run of the film, Hrithik said, "The pressure to perform will always be there." Bang Bang which released on October 2, minted more than Rs 200-crore in five days. The film also broke the first day collection record of Hrithik's Krrish 3. Despite mixed reviews the film has fared exceptionally well at the Box Office.(Also Read: Box Office Bang Bang: Rs. 200 cr in 5 Days)

The stars of Bang Bang kept a low profile even as the film's release date approached and had opted out of the promotional drill followed by other stars. Hrithik had said that he wanted to see the power of the film's content rather than rely on the overdose of publicity.

While Hrithik was still vocal (although limited) about the film, his leading Katrina Kaif, has not been around for the celebration of the film's success. When asked what the reason was behind Katrina's absence Siddharth said, "Katrina is a very private person. She is celebrating alone. She sent a picture of cutting the cake herself. I think she is happy doing that. " Hrithik also quipped in, "Frankly, we have no idea."

Talking about the 'Clean India Campaign', Hrithik said, "If I saw someone litter on the road, I would get out of my car and give the person a very lovable slap." The actor who agrees with the need of the cleanliness campaign had recently picked up the broom to create awareness for the cause.