A close-up of Hrithik as the protagonist Rohan Bhatnagar, this poster is certainly playing mind-games with us 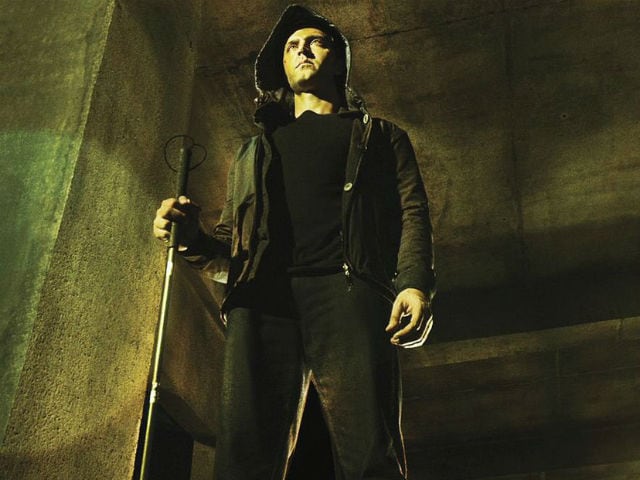 This image was posted on Twitter by Hrithik Roshan

As the trailer of Hrithik Roshan's upcoming intense thriller Kaabil comes closer, the actor is keeping anticipation up for the film with small snippets in the form of posters. After the teaser poster was revealed yesterday in which Hrithik was seen in the guise of a creepy grim reaper, the first poster of Kaabil was tweeted by Hrithik on Tuesday evening. We're intrigued.


Vengeance is blind. But my #MindSeesAll#Kaabil presenting the first poster pic.twitter.com/6mQzuH7Ic9

A close-up of Hrithik as the protagonist Rohan Bhatnagar, this poster is certainly playing mind-games with us. He says 'vengeance is blind,' but his mind sees all. Hrithik, who plays a visually challenged man in the film, is out from blood (don't forget the gun silhouetting his eyes) but how will he find his enemy?
But don't let things get too dark. The second poster of the film reveals a 'lighter' side of the film - the love story. Featuring co-star Yami Gautam, it shows a romantic moment between the two characters.


Their love was all the light they ever needed. #Kaabil@yamigautampic.twitter.com/tQpZzLMYDF

The teaser of Kaabilcame out recently and was loved by fans luring them into the dark world of the film.
.
Kaabil is slated for a January 26, 2017 release where it will clash with Shah Rukh Khan's Raees.