Hrithik Roshan Tweets to Anushka, Shahid Ahead of IPL Performance 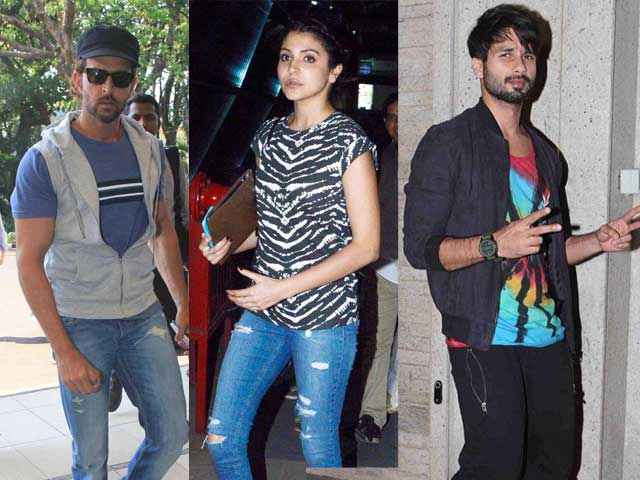 Hrithik, Anushka and Shahid will perform at the opening ceremony of IPL 8

"Big shoutout to all my fellow Ipl performers tonite! LETS DO THIS," Hrithik tweeted

Actor Hrithik Roshan has tweeted a pep talk in under 140 characters to the Bollywood contingent that is going to perform at tonight's opening ceremony of the eighth edition of the Indian Premier League or IPL. The celebrity line-up in Kolkata's Salt Lake Stadium includes actors Anushka Sharma and Shahid Kapoor, Farhan Akhtar and his band, and music director Pritam, apart from Hrithik.

Big shoutout to all my fellow Ipl performers tonite! LETS DO THIS!! @FarOutAkhtar@shahidkapoor@AnushkaSharma@ipritamofficial

Fans queuing up to watch tonight's performance need not be dismayed by the wet weather:

Earlier today, Hrithik also tweeted about his Kolkata connections - Salt Lake Stadium was where he performed for the first time after his debut in Kaho Naa...Pyaar Hai 15 years ago. He also wrote about how proud his 'dida' (Bengali for grandmother) would have been.