"Shah Rukh and I are friends and we both know each other well enough to make sure that there is absolutely no negativity," said Hrithik Roshan 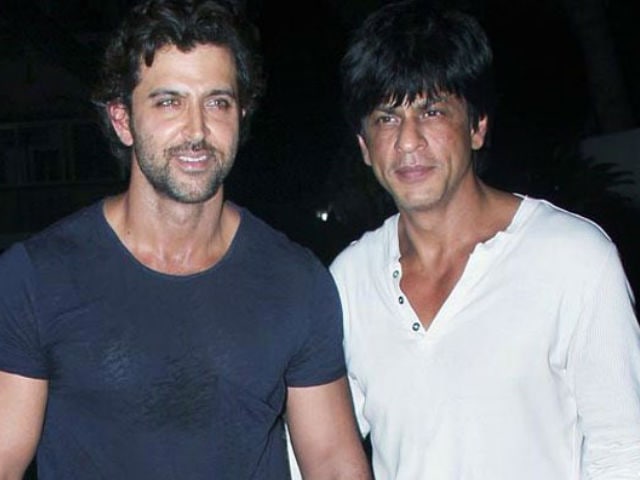 The mega box office clash between Raees and Kaabil hasn't been averted but actor Hrithik Roshan, star of the second film, doesn't expect things to turn bitter with Shah Rukh Khan, star of the first. Directed by Sanjay Gupta, Kaabil will clash with the Rahul Dholakia-directed Raees on January 26.
Hrithik, 42, said that his friendship with Shah Rukh, 51, will survive the collision. "Shah Rukh and I are friends and we both know each other well enough to make sure that there is absolutely no negativity. In fact, it's hopefully going to be the most positive experience for both of us and our fans," Hrithik told PTI.
Shah Rukh Khan, who has co-starred with Hrithik Roshan in Kabhi Khushi Kabhie Gham, will be seen as a liquor bootlegger in Raees. The film also stars Pakistani actress Mahira Khan and Nawazuddin Siddiqui.
The producers of the two films met earlier this year to negotiate but finally decided that both movies would release together on the Republic Day weekend.
Both Hrithik and Shah Rukh know something about box office clashes. Hrithik's last film Mohenjo Daro released with Akshay Kumar's Rustom this year, Shah Rukh Khan's Jab Tak Hai Jaan battled Ajay Devgn's Son of Sardaar in 2012.
For Kaabil, Hrithik is collaborating with his father Rakesh Roshan, who produces the film under his banner Filmkraft Productions. They've earlier made films like Kaho Naa... Pyaar Hai (which was also Hrithik's debut), Koi Mil Gaya and the Krrish series. Hrithik said he and his father are on the same page.
"There is a certain level of understanding between us, which is automatic. So, it gets a lot easy. And it's easy because we have argued ourselves and moulded that bridge between us. So, now the communication is really smooth. The traffic comes and goes really smooth. But, it took us a while to build that solid communication line. As it was not like this before," said Hrithik.
When asked if he considers it his comfort zone, the actor said, "No, because every single film is my comfort zone. And, I feel it is my duty to make it comfortable with every single person I work with."
Hrithik Roshan, whose character in Kaabil is visually challenged, said that roles like this do not come around very often. "It's about two adorable characters. Both of them are visually challenged but somehow manage to fall in love. It is so unique in its stance and story. It is made with so much love that it really is one of the most beautiful experiences I have had in my life."
"I find myself very fortunate. It happens very few times in an actor's life that you get a chance to play a character like this. I've got to play few of them with Koi Mil Gaya, Guzaarish and even in Dhoom 2. Those all are special characters just like this. It's really special for me," he added.
Kaabil also stars actress Yami Gautam.
Hrithik Roshan, who has had an eventful 2016, said he is in a happy space. "My time is wonderful and beautiful and with all heart I'm really enjoying myself. And, I love my life," he said.