Hrithik Roshan's 'Piece of Ugly': My Thumb Used to Repel People in School 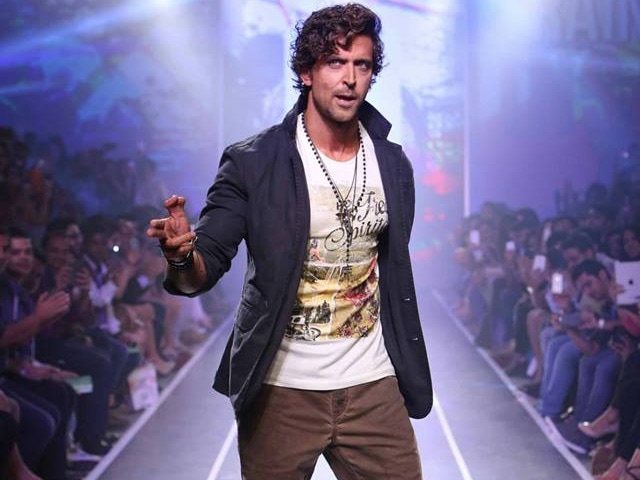 This image was posted on Facebook by Hrithik Roshan.

Bollywood actor Hrithik Roshan has been voted the sexiest man in Asia by US weekly Eastern Eye for the third time in four years - and few would disagree - but the actor himself feels 'lucky' because he has a 'piece of ugly.'
The 40-year-old star, who has six fingers on one hand, reflected on the title and said that "imperfection" often make us "beautiful." Hrithik also said his double thumb irregularity was "Beautifully imperfect".
The Krrish star wrote on his official Facebook page: "I am lucky. Not cause I got voted sexiest. Cause I just noticed God gave me a piece of ugly to carry with me to remind myself n others of how beautiful our imperfections make us. My thumb used to repel people in school. Today I am posting it to millions like you who I know are just like me. Beautifully imperfect. Thank you God for this wonderful life. Make your weaknesses your strength. Be proud. U are beautiful. Trust me."
Hrithik, who made his Bollywood debut with his father's directorial film Kaho Naa... Pyaar Hai in 2000, has never made an effort to hide or even surgically remove the extra thumb. In fact in his film Koi... Mil Gaya, his double thumb was written into the script to highlight his bond with the alien Jadoo who also had a double thumb. His wax statue at the Madame Tussauds Museum in London faithfully includes this detail.
Meanwhile, 2014 has been a bittersweet year for Hrithik. Professionally, he was at the top of his game with the enormous success of his film Bang Bang. Off-screen, he and his estranged wife Sussanne were granted a divorce by a Mumbai family court.
The couple announced last year that they were separating after 17 years together. They have two sons, Hrehaan and Hridhaan, over who they share joint custody.