Emgee Properties has already filed a complaint with Panaji police against Ms Khan for alleged fraud of Rs 1.87 crore. Ms Khan has challenged the FIR before Goa Bench of the Bombay High Court 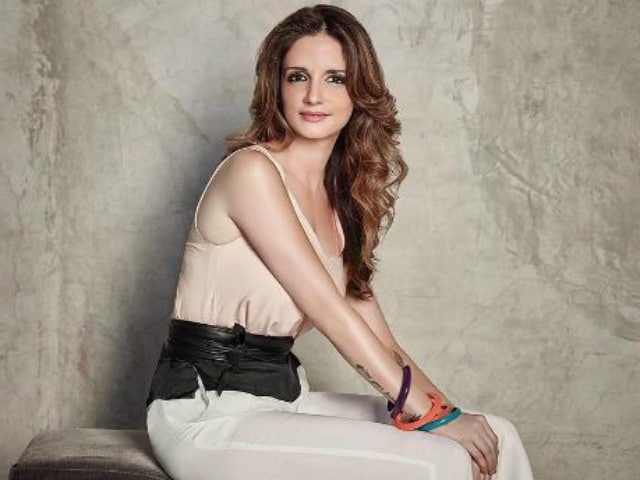 A defamation suit seeking Rs 15 crore as damage was filed today against actor Hrithik Roshan's former wife Sussanne Khan by the managing partner of a real estate firm for allegedly making defamatory statements against him.
Mudith Gupta, Managing Partner of Emgee Properties, filed the suit against Ms Khan before senior Civil Division Court in Goa, Mr Gupta's lawyer Ranjith Shetty told PTI. The court has fixed July 20 as the date of hearing.
Emgee Properties has already filed a complaint with Panaji police against Ms Khan for alleged fraud of Rs 1.87 crore. Ms Khan has challenged the FIR before Goa Bench of the Bombay High Court.
However, in a twist to the case, Mr Gupta filed defamation suit against Ms Khan citing various media statements made by her against him.
"Ms Khan has issued statements through media that Mr Gupta is trying to bully her. He is trying to pressurise her being a single mother. She has also said that the firm wanted to take some cheap architect," Mr Shetty said.
"Such statements have forced us to file a defamation suit against her to the tune of Rs 15 crore before Senior Civil Court in Panaji," the lawyer said.
Panaji police had registered an FIR against Sussanne on June 9 after a real estate firm filed a complaint against her for allegedly cheating them out of Rs 1.87 crore by posing as an architect. She had been booked under section 420 (cheating and dishonestly inducing delivery of property) of IPC.
Mr Gupta had, in the complaint before police, alleged that she represented herself as an architect and designer, and in September 2013, the company executed a written contract with her "for architectural and designing services".
The complaint stated that she failed to submit the requisite design in a stipulated period of time and that the designs submitted by her were not of professional standards.
The company alleged that she failed to execute the project based in Goa, thus cheating the firm out of Rs 1.87 crore, which was paid between September 21, 2013 to February 20, 2015. Ms Khan has dismissed the allegations against her as "false" and "defamatory" and a pressure tactic by the firm.