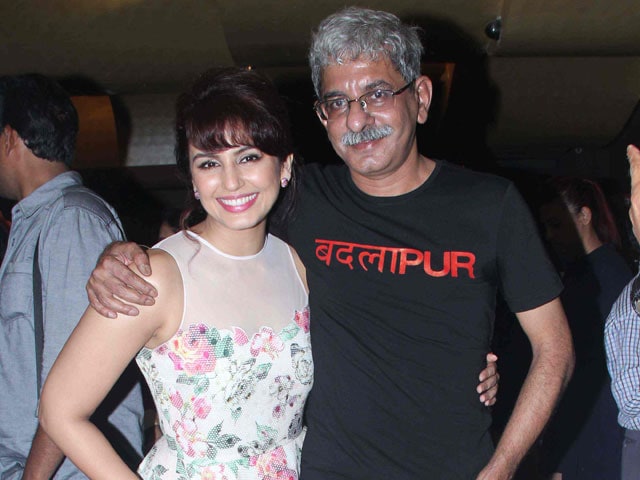 Huma Qureshi and Sriram Raghvan at the screening of Badlapur.

"The way Sriram Raghvan conceived all the characters, the way he directed all of us is amazing," Huma said

Actress Huma Qureshi, who is getting good reviews for her performance in her latest release Badlapur, has given credit to the film's director Sriram Raghavan. (Movie Review: Badlapur)
"We feel good when we get appreciation because as actors we work for appreciation. I thank Sriram Raghavan. It's just because of him the film happened. The way he conceived all the characters, the way he directed all of us is amazing," Huma said. (Also Read: Badlapur Passes the Film Critics Test, Scores An Early Win)
"If I have done a bit of good work in the film, I would credit my entire performance to him (Sriram), Nawaz (Nawazuddin Siddiqui) and Varun (Dhawan)," Huma said at the screening of Badlapur.
"I think when you work with good actors you automatically perform good," she added.