I am not in the rat race: Sonam Kapoor 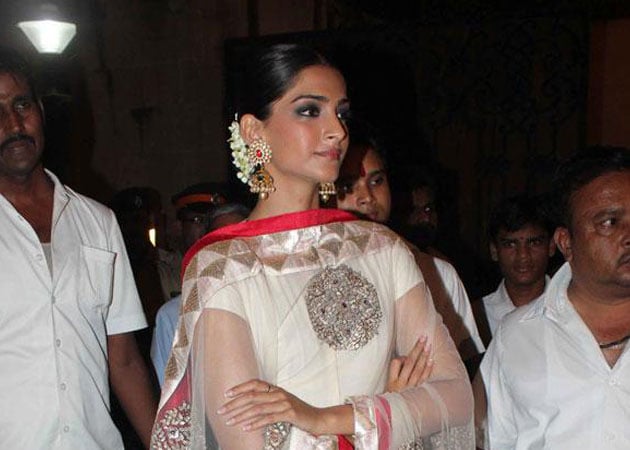 With her last few films tanking at the box office, Sonam Kapoor says she has learnt her lesson and would select only those projects that satisfy her as a performer.

With her last few films tanking at the box office, Sonam Kapoor says she has learnt her lesson and would select only those projects that satisfy her as a performer.
The 27-year-old actress says she is not in a hurry to be on the top. Sonam's recent films Thank You, Mausam and Players did not fare well but the actress believes they helped her understand the kind of roles she wants to do.
"Two years ago, I did a couple of films and lost my way. I started off with an agenda of doing certain kind of films and got discouraged by the way industry is growing. I went to the wrong path and realised that I am not comfortable in that.
"I am not in the rat race and don't want to be the number one actress. I want to work only in those films which make me feel as an artiste. They might not be the biggest projects, actors and directors but if my character is good I will do them," she told PTI.
Sonam was in the Capital to announce the second edition of L'Oreal Paris Femina Women Awards 2013.
The Bollywood's fashionista is ready with three big projects -- Bhaag Milkha Bhaag, Raanjhnaa and Khoobsurat remake.
In Anand L Rai's Raanjhnaa she will be seen playing a strong character of a student of JNU.
"I play a JNU student in Raanjhnaa. She is a Muslim girl from Benaras who joins JNU. It's a love story and at the same time the film portrays a young and strong woman who knows her mind and place in the society," she said.
Sonam had attended workshops and interacted with the students to prepare for her role. The film also marks the debut of Tamil superstar Dhanush.
"I did workshop with a street play group for a month. Before I started shooting for the film, I visited the campus and had interacted with the students. Even my actress friend Swara Bhaskar and her mother helped me to prepare for my role. Swara is also a student in JNU amd her mother is a professor," she said.
In Khoobsurat remake, Sonam is playing a free-spirited girl and says the film is the modern interpretation of Rekha starrer Hrishikesh Mukherjee's 1980 hit.
"My sister is producing the film. It's her second film after Aisha. It's a female oriented film. The modern interpretation of the film. It has nothing to do with the earlier part. It's just taking the spirit of Rekhaji's character and using it in the new story," she added.