I am not obsessed with brands: Sridevi 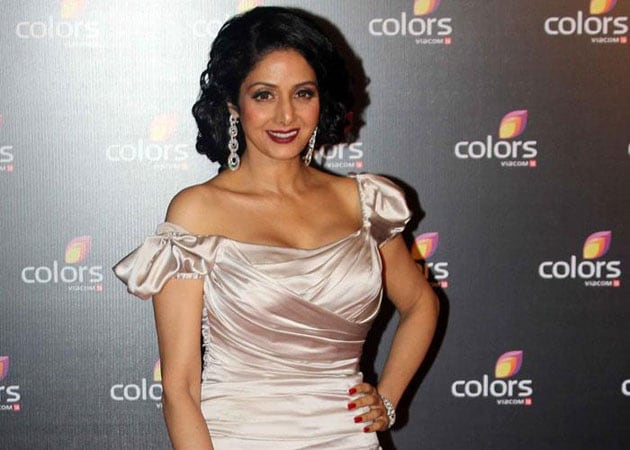 The actress says that she is health conscious and tries to be happy and positive all the time.

Sridevi flaunted saris in her comeback movie English Vinglish and looked pretty. The actress says in real life too she prefers Indian clothes, especially six yards, and she is not a brand person.

Sridevi flaunted saris in her comeback movie English Vinglish and looked pretty. The actress says in real life too she prefers Indian clothes, especially six yards, and she is not a brand person.
"Well, definitely I love good brands, but at the same time I am not obsessed with them. I go for anything as long as it looks good on me. I am definitely someone who prefers Indian clothes especially saris," the 49-year-old told IANS.
The actress was in the capital to inaugurate the third edition of Design One, an exhibition organised by Sahachari Foundation. The two-day exhibition started at The Lodhi (formerly known as The Aman).
Dressed up in Sabyasachi Mukherjee's anarkali suit, she came in a cab that belonged to Sakha Cabs, taxi service which provides lady drivers.
This was not the first time that she opted for Sabyasachi designs.
Talking about her fascination for the designer, she said: "I always like him and from English Vinglish days, I really started liking his clothes. My favourites are Manish Malhotra and Sabyasachi and of course, few more designers but these two really come first."
And what about her beauty secret?
"I am very health conscious. I also try to be happy and positive all the time. Also, one should check their diet," said the actress, who is married to filmmaker Boney Kapoor with whom she has two daughters - Jhanvi and Khushi.
The actress, who had a filmography of over 200 movies, made a grand Bollywood comeback last year with Gauri Shinde's directorial debut English Vinglish. Recently she was named for the Padma Shri.
However, she says that acting was never a planned thing for her.
"Acting was never planned. I came to Chennai only for studies because my father was a lawyer and he was practising there. He always wanted me to study. So from Madurai, we shifted to Chennai only for the studies.
"When I was child, I got the offer from Sando Chinnappa Thevar and then things starting falling into my lap. I was the busiest child star doing three shifts a day. Then I became heroine, when I was 11 years and since then, there has be no looking back," she said.
So what next?
"Nothing I am reading scripts and meeting people. If anything interesting will come across, I will say yes. I want the makers and directors to decide if I am good for the particular role or not."