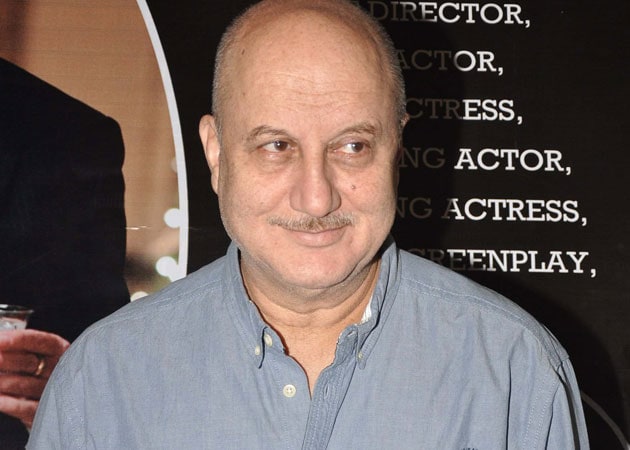 Anupam Kher, who has been part of more than 450 films in a three-decade career, says he approached his Hollywood film Silver Linings Playbook as a newcomer.

Veteran actor Anupam Kher, who has been part of more than 450 films in a three-decade career, says he approached his Hollywood film Silver Linings Playbook as a newcomer.
"I have done more than 450 films but I approached this film as a newcomer as if it was my first film because I don't think in English... I think in Hindi. For me to be a therapist with technical words, I had to concentrate, focus," the 57-year-old, who plays the role of Dr Patel in the film, said here on Wednesday at a press conference.
"Maybe it was not so difficult to get a sense of awe from them that I have done so many movies. But to earn their respect I had to be good in my job. Sometimes when you work in a film like this it feels you are representing your country and it is that kind of a feeling," he added.
Meanwhile, Anupam Kher is happy that the film has crossed the 100 million dollar-mark.
"The film has crossed a $100 million and it makes me very happy because these days we all are talking about 100 crore. So here is a film which I have done that has reached a landmark of $100 Million," the actor, who plays Dr Patel in the film, said.
Directed by David O Russell, Silver Linings Playbook also features Bradley Cooper and Jennifer Lawrence, with Robert De Niro, Jacki Weaver, Chris Tucker and Julia Stiles in supporting roles. It hits theatres in India this Friday.
Last seen in Bollywood film Special 26, Anupam Kher will soon be seen in movies like Chashme Baddoor and Yamla Pagla Deewana 2.