'I Don't Live in the Fear of Being Judged,' Says Ranveer Singh 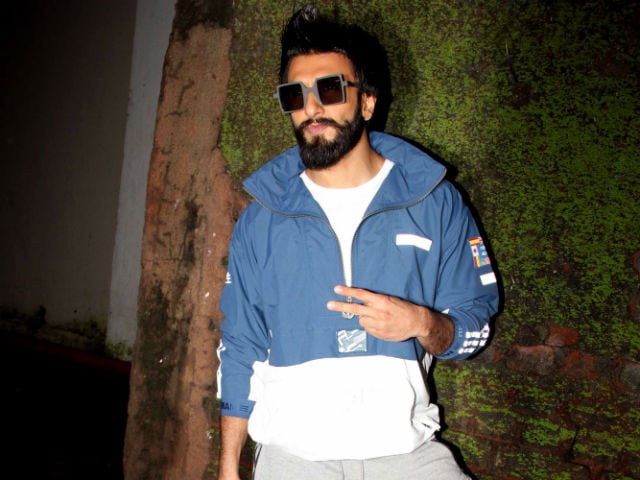 Actor Ranveer Singh, who is known for his quirky style and high energy, says he never leads his life in the "fear of being judged".
The Befikre star says his attitude towards life is not to hold himself back and do whatever makes him happy.
"I don't ever hold back. I don't believe in having these filters. I don't believe in living in the fear of judgements and consequence. I just live my life on a daily basis and do what makes me happy," he told reporters here.
The actor said he is aware that people label him with various adjectives, but believes one should be true to themselves irrespective of what people say.
"Now and then I read stuff that people write about me, they use these adjectives, 'disruptive', 'edgy', 'irreverent' and all these stuff. Don't hold back means, follow your heart, your instincts, do what you're passionate about. Don't live in this atmosphere or under this cloud of fear. Do what you want, be what you want," he added.
The 31-year-old actor has written and recorded a rap song for a clothing brand and said shooting for the music video was a rewarding experience.
Interestingly, Ranveer is rumoured to play a rapper in filmmaker Zoya Akhtar's next. The actor, who was attending a special event of a clothing brand in suburban Santacruz, performed the song in front of the fans and even went on the streets to meet them.
Ranveer was almost mobbed by the people when he went to greet them. The actor latched himself on a moving car and went ahead a few meters, before getting off and running on the streets to greet fans. He then hugged his admirers and also got on top of a car and posed for the shutterbugs.
(This story has not been edited by NDTV staff and is auto-generated from a syndicated feed.)