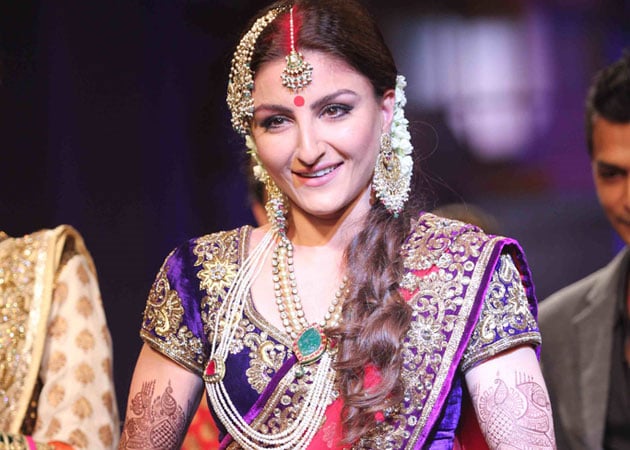 Soha Ali Khan doesn't believe in the "hero-heroine dynamics" of Bollywood, and prefers a character-driven role in a movie, even if if she doesn't get to play the protagonist's role.

Bollywood actress Soha Ali Khan doesn't believe in the "hero-heroine dynamics" of Bollywood, and prefers a character-driven role in a movie, even if if she doesn't get to play the protagonist's role.
"I don't think about hero or heroine! I look for character-driven scripts. I find the words hero or heroine very absurd. We all play characters," Soha told IANS in an interview.
Even her debut Bollywood film Dil Maange More, released in 2004, reflected this choice.
"When I did my first film Dil Maange More, I chose the character of a girl who chooses her career over the boy. But then everyone was like, 'You are not the heroine of the film! She has to get the hero.' But I felt the other role was more interesting," Soha said.
The 34-year-old, daughter of veteran actress Sharmila Tagore, is appreciative of the kind of cinema the Indian film industry is witnessing currently.
"It is not hero-heroine driven. It is not even star-driven. It is script and plot- driven... this is more exciting for me," she said.
Soha has been a part of off-beat films like Soundtrack and Midnight's Children as well as commercial films like Rang De Basanti and Tum Mile. She is happy the lines between the two are blurring gradually.
"In the 1970s, there was commercial cinema and parallel cinema. Now that line is not so clear. Good films work at the box office, with off-beat subjects or actors. So the distinction is blurred now," she said.
Soha is only looking to do good cinema and doesn't want to restrict herself to any genre.
"I want to be part of good cinema...with songs or without songs, with or without masala, with or without Salman Khan. The story should be good, the character should be good. If I like the environment and role, then I will do it. Whether it works or not is secondary," she said.
Soha also admits she regrets being a part of some films, but she doesn't allow herself to dwell on it too much.
"There is no point regreting anything. I don't look into the past. Of course, there are films which I have done, which have not worked. But I don't dwell in those," she said.
Soha will be seen next in Tigmanshu Dhulia's Saheb Biwi Aur Gangster Returns. She believes it is essential to strike the right rapport with a film's director.
"You have to believe in the director. Even if the director is new, you will get an idea of how he will be. The script can be brilliant, but a bad director can completely mess it up. A script can be average and a brilliant director will bring magic to it," she said.