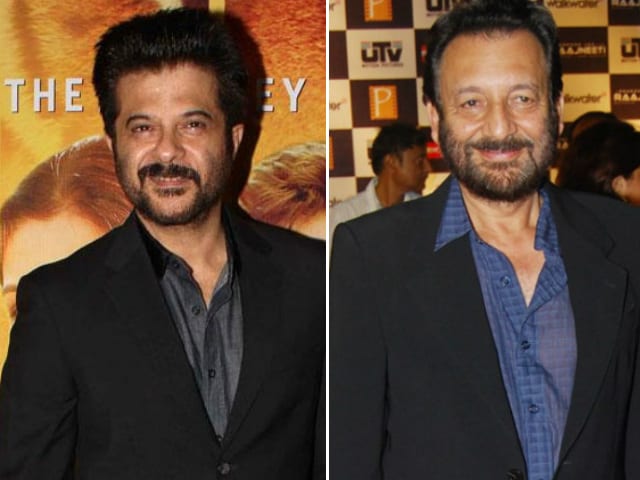 The Man Who Knew Infinity, which stars Jeremy Irons and Dev Patel as mathematician Srinivasa Ramanujan, will inaugurate the much-awaited festival in Goa. Spain has been zeroed in as the country of focus this year, whilst North Eastern cinema will be the highlight in the category 'Indian Panorama'

Sun, sand and movies. Mark your calendar as Goa beckons the film fraternity and cineastes to its welcoming shores for the upcoming International Film Festival of India, details of which have been revealed. If 2014 had Amitabh Bachchan and Rajnikanth along with the Chinese delegation, Anil Kapoor will be chief guest at the 46th edition of the fest, to be held in Goa from November 20 to November 30. This year, apart from the regular categories, the festival also includes a competition for feature films by directors from all continents.
Shekhar Kapur, who has directed movies like Passage, Bandit Queen, Mr India and Masoom will head the jury at the film fest.
The Man Who Knew Infinity, which stars Jeremy Irons and Dev Patel as mathematician Srinivasa Ramanujan, will inaugurate the much-awaited festival in Goa. Will Dev Patel be part of the delegation? Well, the ministry could bank on his Slumdog Millionaire co-star Anil Kapoor to pull some strings.
Spain has been zeroed in as the country of focus this year and Spanish director Pedro Almovodar is on the guest list. But will the filmmaker's muse Penelope Cruz join in the fun? It's just speculation at the moment. North Eastern cinema will be the highlight in the category 'Indian Panorama.'
Minister of Information and Broadcasting Arun Jaitley and festival organizers said that there will be a film from Pakistan but there is no confirmation whether there will be representatives from the country like previous years.
The fest will also screen a retrospective of Shashi Kapoor's works but the actor's family have regretted that he would not be in a position to attend the festival. Junoon (1978) will be screened as the opening film of the special Retrospective Section followed by New Delhi Times (1986), Utsav (1984), In Custody (Muhafiz) (1993), Kalyug (1981), Deewar (1975), Shakespearwallah (1965) and The Householder (1963). (Also Read: It'll be a Shashi Kapoor Films' Utsav at IFFI 2015)
A homage section will also have tributes to late composer Ravindra Jain and Bollywood veteran Deven Verma.