IIFA 2015: Anil and Arjun Make it a Kapoor-Fest 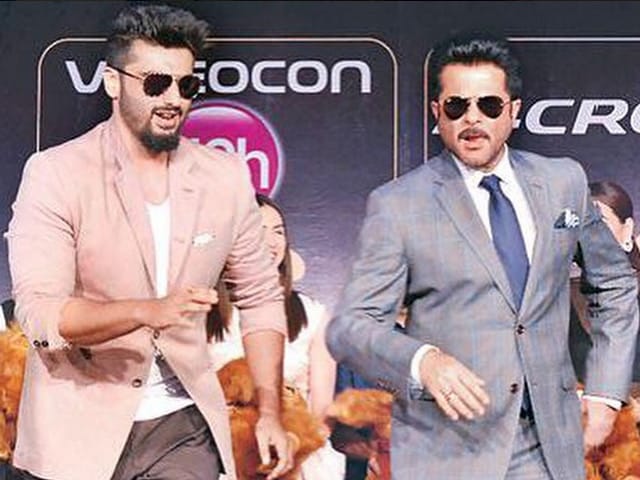 This image was posted on Instagram by Arjun Kapoor

When asked to comment on Arjun's 'naughtiness,' Anil Kapoor insisted he was 'naughtier' than his nephew

On a crowded stage at the Indian International Film Awards or IIFA in Kuala Lumpur on Friday, stood a knot of Bollywood celebrities from actresses Sonakshi Sinha and Bipasha Basu to filmmaker Subhash Ghai. They were collectively upstaged by one man - Anil Kapoor, the 58-year-old star of new film Dil Dhadakne Do.
The perma-youthful Mr Kapoor danced with Sonakshi, Bipasha and other actors half his age, and out-quipped his nephew Arjun - when asked to comment on Arjun's 'naughtiness,' Mr Kapoor insisted he was 'naughtier' than the 29-year-old Tevar star. (In Pics: At IIFA, It's Showtime With Hrithik, Anil Kapoor, Bipasha, Sonakshi)

'Jhakaas' was also how Arjun described his uncle. Mr Kapoor also said that IIFA was being re-invented as a more youthful event because 'our country is young.' His pick for the Best Actor and Actress winners was a "no-brainer" - Shahid Kapoor for Haider and Kangana Ranaut for Queen.
Arjun, 29, had a 'Chittiyan Kalaiyaan' moment on stage:


@arjunkapoor doing some version of #chittiyankallayan with my favourite @the_kanikakapoor and moi!! And the madness begins!!! #iifa #KL #malaysia

Arjun, the son of Mr Kapoor's elder brother Boney, is to co-host the awards night on Sunday with his Gunday co-star Ranveer Singh. Off-stage, he told NDTV that IIFA might be 'sweet 16' but he and Ranveer are 'satra (17) pe khatra.' He declined to tell us what's in store for Sunday's gala finale but did say this: "We've put in a lot of time and energy because we believe in entertaining people -that's the most important fact that binds Ranveer and me together. We love making people laugh, have a good time, enjoy themselves." (Also Read: At IIFA, Hrithik Roshan Dances, Crowd Sings Ek Pal Ka Jeena)
Arjun feigned mock-amnesia about the controversial AIB Roast which featured him and Ranveer as the Roastees but was instantly forthcoming when questioned about his Best Actor nomination for 2 States. He said, "It is a great achievement to be nominated at such a young age."

IIFA weekend has officially begun in the Malaysian capital and will conclude with the award show. Anil Kapoor's film Dil Dhadakne Do - also starring Ranveer Singh, Priyanka Chopra, Anushka Sharma, Farhan Akhtar and Shefali Shah - will be screened as part of the calendar of events on June 6.